New ‘Call Of Duty’ To Include Six Months In Helmand

THOUSANDS of computer game fans were last night surprised to learn the new Call Of Duty includes a legally-binding pledge to fight in Afghanistan. You can't pause this one to go for a piss

Following a deal between producers Activision and the Ministry of Defence the user agreement required to install the game commits the purchaser to a six month tour of duty in Helmand province, complete with real flying heads.

Last night unsuspecting fans queued outside shops across Britain to buy the game which looks set to swell the ranks of the army to over a million terrified, constantly urinating troops.

Xbox owner Charlie Reeves said: "I was looking forward to pretending to crawl through the jungle killing hundreds of computer-generated brown people when a sergeant major kicked down my door and dragged me off to the nearest barracks."

He added: "I should have bought FIFA10 instead."

Defence Secretary Bob Ainsworth said: "This is a neat solution to the twin problems of youth unemployment and a lack of people willing to be killed overseas for no reason.

"Video game fans think that war is all about beating end-of-level baddies, which in this instance would be Bin Laden. I feel that three years wiping away their tears of terror with their own shit-stained underwear will soon disabuse them of this notion."

US copies of the game do not contain the agreement, as officials believe the current policy of promising inner-city teenagers parachute jumps and feeding photogenically hungry children is working just fine.

A Pentagon spokesman said: "For many of them, beating civilian prisoners to death and pissing on their heads is, essentially, a bonus level."

Lethal Injection For Man Who Gave £350k To Jordan 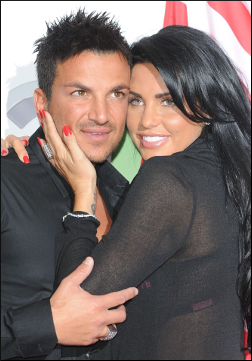 AS the Washington Sniper received his lethal injection last night, campaigners in Britain asked if there was any left for whoever gave Jordan £350,000 to do I’m a Celebrity Get Me Out of Here. Friends say a pretend reconcilliation is on the cards

ITV sources said Jordan’s fee for being worthless and dreadful was five times more than that being offered to other contestants including Sam Fox, Colin and Justin, and WAGs Camilla Dellarup, Lizzie Cundy and doesn’t it all just make you want to bring back hanging?

Julian Cook, an Amnesty International member from Hatfield, said: “I am opposed to the death penalty for murder, rape, treason and even genocide, but I draw the line when it comes to giving money to Jordan.

“So that includes anyone who buys OK! magazine, anyone who has watched any programme she has ever appeared on, and anyone who has bought one of the nauseatingly cretinous books she didn’t even have the talent to write by herself.

“And of course it also includes the person at ITV who thinks that paying three hundred and fifty grand to this tawdry sack of shit is better than giving it to Oxfam, or for that matter just throwing it into a furnace.”

Margaret Gerving, a retired headmistress and lay preacher from Surrey, said: “Modern Christianity rejects the old Testament dogma of an ‘eye for an eye’, promotes forgiveness and insists that the final judgement rests only with God.

“But I am quite sure that Jesus would have angrily demanded that anyone who gives money to Jordan be thrown into a pit full of demented, half-starved crocodiles before machine-gunning any of the bits that weren’t eaten.

“And yes, I’ve no doubt we’ll see news stories over the next few days about how people are just so appalled at Jordan’s fees, but they’ll watch it. They’ll all fucking watch it.”