Finally, we can put the war in Afghanistan into perspective

Pro-Wikileaks activists brought down the Visa and Mastercard sites just as Martin Bishop, from Stevenage, was about to do a ‘one click’ purchase of the Irish singer’s 2006 assault on basic human decency.

US secretary of state, Hillary Clinton, said: “I would like to apologise to Wikileaks founder Julian Assange for threatening to have him slightly killed. I now see what he was trying to achieve and I applaud him.

“Anything which starts a chain of events which prevents another penny going into the pocket of that bastard is certainly worth the odd bit of catastrophic damage to international diplomacy here and there.”

Wikileaks founder Assange said: “I hope we have all learned an important lesson about jumping to conclusions. In time everything eventually makes sense.”

But Bishop stressed he had very much enjoyed De Burgh’s 1995 atrocity Beautiful Dreams and simply wanted to play The Storyman in his car on the way to church.

He added: “Julian Assange has brought the world to the brink of anarchy, but because I enjoy listening to Chris de Burgh, somehow that makes me the bad guy?”

Meanwhile, hackers have also attacked the email account of Sarah Palin, causing the Alaskan caribou-murderer to describe Assange as ‘un-American’ in a way that suggests she has never heard of Senator Joe McCarthy, or perhaps even Julian Assange.

Nathan Muir, professor of manipulative horseshit at Reading University, said: “Mr Assange is an Australian which means that everything he does is, essentially, un-American. I would suggest that as an Australian, he is being Australian.”

He added: “Imagine being called un-British. I assume it would would mean you were not being politely racist or that you’d stopped complaining about absolutely everything for five fucking minutes.”

Australia to recall booze and strippers 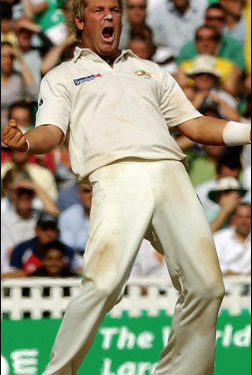 AUSTRALIA is to recall booze, strippers and late night hotel carnage to its humiliated Ashes squad. This man did not have an early night

Head coach Tim Nielsen has appealed to veteran skank-wrangler Shane Warne to instill match winnning levels of bleary-eyed drunkenness and marital infidelity in time for the third Test in Perth.

The move has been welcomed by ecstatic Perth off-license owners, while the team hotel will host a special live edition of Australia’s Next Top Scrubber.

The city’s town hall will also be converted into a vast 24-hour topless poker complex to help the players unwind after a hard day’s romping.

Cricketologist, Roy Hobbs, said: “Warne will share his visualisation techniques, such as telling the batsmen to imagine the ball is the chairman of the World Anti-Doping Agency, or adjusting the fast bowler’s run-up to the one used when approaching an all-you-can-eat buffet.

“He took 708 Test wickets and was probably sober enough to remember about three of them.

“Meanwhile Xavier Doherty considers sherry trifle to be a little racy and couldn’t hit a wicket with a wood-seeking missile. I blame Cliff Richard.”

Warne said: “As an Australian I can scarce believe that it has been the
best part of a year since one of our international cricketers was kicked
out of a casino at five o’clock in the morning dressed as an Alpine
milkmaid.

“I only hope I can bring back our former glories, although it’s
pretty short notice for everyone to grow enormous handlebar moustaches and gain four
stone.”