HEEELLLLOOOOOO EVERYONE! Yes, that's right – it's little old me, using my laptop to type words for you lovely people to read with your mincemeat pies. Speaking of laptop computers, whenever I'm on a train and I see someone using theirs, they've always got that really, really smug look on their face which says 'LAPTOP – I'VE GOT A LAPTOP! AND I'M GOING TO TAP AWAY…tap! tap! tap! Look at me, tappety! tap! tap! I'm more important than you because I have a computer sitting on my lap'. Have you ever noticed that? No? Well I have and I happen to think it's extremely perceptive. I was standing in the men's toilet in Sainsbury's the other day, doing a man wee with my man's willy, when suddenly I had this thought: AREN'T WILLIES THE DAFTEST LOOKING THINGS!?! They're wrinkly, veiny and at that precise moment when I was peeing lots of nasty, steamy urine out of the end of mine, I thought to myself 'URGH! It's ghastly!'. So I turned to the chap on my left who was also doing a wee with his man's willy, and said to him 'Hello fellow urinator – tell me, haven't you ever wondered what went through God's mind when he gave us our men's willies? I mean, look at it – it's dangly and horrid and smelly – and, to underline my rather pithy observation, I can see that yours is a particularly sorry-looking specimen'.

Don't you really hate it when one of the nation's biggest superstore chains bans you for life, citing 'lewd and inappropriate behaviour'?

'TRA-LA-LA! LOOK AT ME, LOOK AT ME!' was what I was shouting as I danced around my local pub whilst in the process of getting a bit squiffy. I don't know about you, but when I have a few drinks, I tend to get a bit drunk – and the other day was no exception. Anyway, to cut a long story short I decided to go on a pub crawl and ended up in the local Wetherspoons. 'HELLO EVERYONE! HELLO! I'M DRUNK' I said as I danced around these grubby-looking chaps wearing yellow luminous jackets that were stood at the bar. So I instinctively grabbed one of their hard hat thingies, poured my pint of beer into it before handing it back to the chap and began skipping up and down on the spot, shouting 'LOOK AT ME ! I'M TOTALLY AND UTTERLY OFF THE WALL, ALTHOUGH IN A MANNER WHICH DOESN'T COMPROMISE CURRENT BBC COMEDY DIRECTIVES'.

Have you ever noticed how annoying it is when a 19-stone scaffolder called Phil punches you in the face, shattering your jaw in 17 different places, forcing you to live on a diet of protein shakes and Chivers Jelly for the next three months?

Children Must Work Off Cost Of Flu Jab, Say Docs 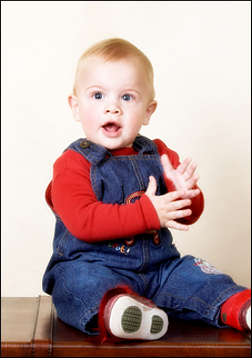 CHILDREN under five who receive swine flu vaccinations will have to work for their local GP until the debt is paid, it emerged last night. Could forcing babies to work for doctors finally end the madness of vaccinating them for free?

Doctors have refused a government offer of £5.25 per child on top of their £120,000 salaries, but said they would administer the potentially life saving injections if the youngsters are signed over to them for an indefinte period as indentured labour.

Dr William McKay, a GP from Grantham, said: "Good woman, I would be more than happy to inoculate your child on the understanding he becomes my property until the matter of five pounds and five shillings is duly settled.

"It shall be nothing too strenuous. I have some errant roof tiles that need fixed and my Jaguar could do with a vigorous buffing.

"I shall also need a small team of obedient infants to hold the nibble trays at my pre-Christmas drinks party."

The British Medical Association said that unless GPs received extra money or free child labour then they could miss important targets for earning extra money.

Dr Jospeh Turner, who runs a small, rural surgery near York, said: "I am of a mind to administer the drug to six children. I believe that should provide sufficient manpower to dredge my ornamental koi pond and de-gunge my septic tank."

He added: "I shall also require a small but strong male to crawl into my central heating duct with an adjustable spanner and a torch.

"Worry not, simple woman, I shall of course feed the child and ensure he has a kennel of his own."