Paul McCartney at the 1985 Ryder Cup

I WAS kind of, you know, playing around in me studio one day when I took a break to have a sandwich. I always think it's a good idea to have a sandwich at lunchtime, whereas some people okay, prefer a bowl of soup, but in those days Linda and myself were like, dead against the eating of soup. Our thinking behind it was this: we didn't like the slurping or the act of dunking the bread in the soup – it was just one of our, like, things – so let's just leave it at that, shall we? Anyway, as I munched on me parsnip and petit pois sandwich, the Ryder Cup came on the telly, which inspired me to pen this:

Then this Sevvy guy holes this like monster putt, okay, so I immediately leapt to me feet and began playing the like, keyboards and sang a song – it goes something like this:

I was, like so inspired by the moment, okay, that I got an overnight bag together, jumped in me car and drove up to the Belfry to watch the rest of the match. Linda packed me a few sandwiches – dandelion and cress, swede and tomato and of course, her speciality, two different kinds of lettuce. Gear!

Unfortunately the Tupperware box containing all me sarnies accidentally fell out of the car window, and I was forced to stop at a service station and eat a mixed grill, a double cheeseburger and half a dozen Pepperamis.

Okay, so it's the final day of the match, and this dude called Sam Torrance was just about to sink the putt to win it for the home team, when all of a sudden I had this really fab idea, so I started strumming my guitar and walking across the green, singing….

(STRUM- STRUM-STRUM )
Whoah, Sam Torrance
Yaay, whooooahh! Sam Torrance
I don't know you from the Gulf of St Lawrence
Yeahhhh
Oh yeah, but now you're a hero
No longer a zero
A bigger name than De Niro
Or Albert Speer-o
Yeaa…

Just as I was getting into the chorus, okay, some big fella started getting really heavy and grabbed me by the scruff of the neck, shouting 'just fuck-off, you annoying c*nt'. I hadn't heard that kind of language since Yoko spilled hot jasmine tea over George Martin's groin at Abbey Road. Nasty business. I wrote a song about it. 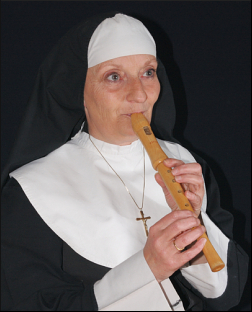 INVESTING your money with a greedy maniac who would throttle a nun for 50p, still offers the best prospect of a healthy, long-term return, experts said last night. The easiest 50p you'll ever make

As US and British authorities suspended short-selling, prime minister Gordon Brown pledged that London-based hedge funds would from now on be managed by the cast of The Vicar of Dibley and a host of former Play School presenters.

Mr Brown said: "People need to know their pensions are in the hands of wide-eyed bumpkins who, if necessary, will give it all to some drug addict and hope he uses it to get his life back on track."

But the Institute for Studies said investing your money with people who have friends and enjoy hugging, sharing and lazy summer days, will also mean spending your retirement in a tube station, dancing for coins.

Professor Henry Brubaker, said: "Some people think investment returns are like a field of wheat that needs to be nurtured with water, sunshine and natural goodness.

"However, what they actually involve is nailing the farmer to the floor of the barn, setting fire to his wheat field and then submitting a fraudulent insurance claim.

"The role of the regulator is to ensure investment firms always have enough money to buy more petrol and nails."

He added: "Then again, you could always get yourself some comfortable trainers and a regular spot at Tottenham Court Road.

"Try body-popping. Everyone likes that."