IT'S my role as an educator to ensure children don't grow up to embarrass themselves with illiteracy. The reason our country is in such a mess is because the majority of its citizens gain their knowledge of punctuation from ready meals. That's why if Gordon Brown called me up to discuss his writing skills I'd have a little less to say about war and a little more to say about exclamation marks (!).

Despite the fact that I already knew everything in Lynne Truss's masterpiece Eats, Shoots and Leaves I thoroughly appreciated her effort and would give this book an 8 out of 10. It's research of this nature that makes me one of the most dedicated educators on planet earth.

Just this week with my P2s, I was forced to take drastic action when the – some say 'dyslexia', I say 'ignorance'  – of one of my pupils brought shame upon the whole class. The children were in groups, making friezes about the 2012 Olympics. However, when one group unveiled their attempt, I was horrified to see written in huge, glittery letters: 'FAST SWIMMERS OF BRITIAN'.

"Who did this?" I calmly asked, pointing at the offensive word. They pointed at young Flora Cummings. Unsurprisingly, Flora’s mother is an 'art' teacher and is no doubt reaping all my taxes in disability benefit for her family's fashionable yet bogus conditions. "It's not Brit-I-an", I hissed, before tearing the frieze in two and throwing it in the bin.

Thankfully the next group had advised 'SAY NO TO PERFORMANCE ENHANCING DRUGS' with the use of a dictionary. If only Flora's mother had seen their work while she was pregnant, perhaps she wouldn't have spent the entire gestation smoking cannabis and drinking shots of the glamorous party drug, 'poppers'.

The best cure for dyslexia is being working class. Sure, those kids communicate mainly in grunts and hand gestures but do they ever misread the days of the week on their dinner tickets? Not a chance. It's appalling we indulge the lazy behaviour of attention-seeking remedials and make it possible for them to become art teachers and breed. It's the government’s fault of course. Sure, it's true that Gordon Brown has two useless voids where his eyes should be and that he can't even see David Cameron during PMQs. For all he knows, David Cameron has no trousers or pants on and the whole Tory party are doing blow job mimes at him. But having no eyes is no excuse for bad handwriting. What must Barack think of our country when Gordon Brown signs his memos 'Gordon Brown: Prime Minister of BRITIAN'?

To illustrate my point, I decided to compose a note to Flora's parents while blindfolded. The result: a perfectly written discourse on the uselessness of their daughter with not a punctuation point out of place. And trust me: there were several!!!

I Will Buy You And Make You Part Of My Giant Chess Set, Warns Ex-RBS Chief 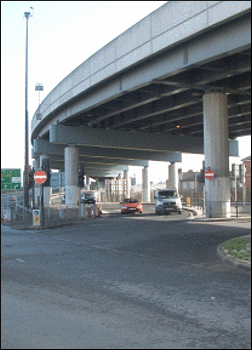 FORMER RBS chairman Sir George Mathewson last night hinted that anyone attempting to regulate City bonuses may find themselves part of the human chess set at his Highland estate. Mathewson spoke out after the Financial Services Authority unveiled plans to curb bonuses that reward excessive risks such as giving coke-addled egotists control of billions of pounds of other people's money.

He said: "It's actually rather endearing to imagine the government daring to confront my former colleagues about matters that need not concern them.

"But if they want an example of how that would pan out, I suggest they have a conversation with the last chap who questioned our authority. You'll find him holding up a large section of the North Circular at Ealing Common."

The FSA is seeking further powers after a City firm announced a new payment package that included a gold-plated Titian painting as a signing-on bonus and a cocaine straw made of wood shavings from the True Cross.

A spokesman said: "In the past, we've had as much regulatory muscle as Gandhi's withered penis. With powers over bonus allocation, we might be able to save some of the country from being reduced to a smoking heap of rubble that smells of Lynx deodorant and hubris.

"And if I'm being completely honest with you, I'd pay the FSA for the opportunity to watch some Jeremy's face after I've told him he'd better cancel his ski trip."

But Mathewson added: "FSA, regulation, prudence, sustainable growth. These are all merely words. As are 'ex-KGB officer' and 'severed brake cable'. Good day."