Like you, I was utterly addicted to the Chilean miners and couldnâ€™t tear myself away when it came to eviction night.

Of course Florencio was the first out! He was by far the easiest on the eye. Itâ€™s true that, with the slim pickings down there, none of them was ever going to be on Chile’s Next Top Model but Florencio ticked the most boxes. It was his job to drive the debris away (current driving licence – tick) and also to make movies to send up (artistic, sensitive – tick). So it was probably in the nick of time that they winched poor Florencio out of there before the 32 rabid miners realised his husband potential as well.

But are these men really husband material? Let’s look at the facts: they all escaped the mine collapse. Of course this is a good thing in terms of survival. But let’s not forget they escaped because they weren’t actually in the mine: they were having lunch in the comfort of the refuge. It’s clear to me what weâ€™ve got here is a bunch of slackers who were spending the bulk of their working day hanging out in the refuge making silly films, cavorting in ‘monster’ trucks and taking their tops off. As any woman knows, when you leave your man in charge of a spot of hard work – anything from cleaning blobs of piss from around the toilet bowl to digging for gold in the back garden – you will find at his three minute progress check that he has abandoned the whole thing in favour of conducting a long telephone conversation with his mother or watching Konnie Huq embarrass herself on the television.

I had no time for the miners who kept whining about the mine’s dark, sweaty conditions. Men are like fungi and actually prefer the dark. Try it with your man: see how long he will sit in a darkened living room before you finally cave in and open the curtains for him. Men do not like windows: they make them feel small and weak. Consider this the next time you’re enjoying a delicious mojito with the gals in your local All Bar One.

The final straw with these lazy Spaniards came when they left the hospital without saying a single word of thanks to us, the people who got them out of that damn pit in the first place. It’s just another in a long list of  insults to us hard-working middle classes.

I’m hardly surprised Natasha Kaplinsky has got the boot from Channel Five. Barely a day into her position and she announced she’d need a year’s ‘maternity’ holiday. We’ve all been on the receiving end of these hormonal nuisances who pick and choose their hours and are constantly disappearing to the stationary cupboard with their bogus equipment to ‘express’. When other honest, hard working news readers are desperate for work, there’s no place for vacillating dilettantes like Kaplinsky in today’s economic climate. 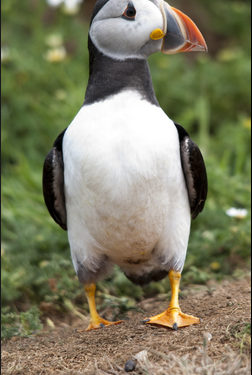 RAFAEL Benitez has admitted that his six years in charge of Liverpool was an elaborate, David Copperfield-style illusion. The Spaniard’s Inter Milan side beat Spurs 4-3 in the most one-sided first half of a European match since Barcelona faced a trio of Icelandic puffins in the 1957 Fairs Cup.

The scoreline was only evened up after Spurs boss Harry Redknapp told Gareth Bale that the Inter goalkeeper was a rival silverback attempting to gain dominance in the pack.

He said: “I somehow managed to keep a straight face for over five years, but when I suggested buying Aquilani I genuinely thought I was going to lose it.

“They were all like ‘Aquilani? Really?’ and I was all like ‘Yeah, I think he’s the bestest player in the world’ while scratching my chin at the same time. Next thing I know he’s coughing as the team doctor gently cups his plums.”

Benitez added: “The conviction that Sir Alex Ferguson is the reincarnation of an ancient druid king sent back to earth to destroy me, the banning of all cheese from the canteen whose name ends in a vowel, Andriy Voronin – these were all just japes that spiralled out of control.”

The prolonged hoax was part of a forthcoming hidden-camera show called You’ve Been Run Into the Ground, which also features hilarious footage of a giggling Harry Redknapp embarking on a six-year spending spree at Portsmouth that ends in the High Court.