EVERYONE is saying itâ€™s great that the Chandlers have finally been released by their swash buckling captors. But is it just me who thinks this development is a little too convenient?

Are the British people so quick to forget what happened in Hartlepool? Allow me to jog your memory with the word that still sends my left eyebrow aloft to this day: canoe.

Never underestimate the deviant capabilities of the sea faring middle class. We should be asking more questions about this bizarre turn of events. Where has that million actually gone? Could there be any familial connections between the Chandlers and the pirates? As a ginger, Mrs Chandler has links to the militant ethnic minorities and her tight perm could be interpreted by some as an ‘afro’.

The police would be well advised to start off with an investigation into emails sent between Chandlers and pirates. I will be assisting fully with the enquiries and have already copied and pasted the email which proves they tried to recruit me into their money spinning scheme. In it, the Chandlers were careful and didnâ€™t use their real names. Mrs Chandler, using the pseudonym Doctor Davie Banda, uses her knowledge of propulsion engineering to bamboozle me with jargon before ultimately beseeching me for Â£250,000 to fund the export of diamante winkle pickers from Mogadishu. She assured me it was a sound investment and that my money would be returned triple fold. While I knew an initiative like this was doomed from the start, there are some who donâ€™t realise that Primark can meet all your footwear requirements no matter how insane they are, and who would have jumped at the chance to get ‘on board’.

Two weeks later and – surprise, surprise – the Chandlers are back home,  celebrating with a ‘yo ho ho’ and a bottle of rum, planning their next jaunt and, just like Roy Scheider in Jaws, cackling about how they’re ‘gonna need a bigger boat’.

We can only pray that during their next big voyage, they’re not as lucky as Roy and get gobbled up by a massive, vengeful shark.

It’s so great to see that Aung San Suu Kyi has been released from her long imprisonment by the Burmese government. But I bet she’s kicking herself to learn that it only would have been a matter of time until she was given her own flat screen TV, or a pool table. Watch this space: it won’t take long until that oriental jail bird is lobbing a brick through the window of Curries in a bid to get back inside.

It appears Pamela Anderson is to fill Jade’s cold, dead shoes as the busty blonde of India’s Big Brother House. A cheaper option than Jade, she doesn’t require most of the jabs needed by normal people on a visit to India having dealt with this the holistic way by spending 20 years hanging out with lepers in public toilets and letting them tattoo her. 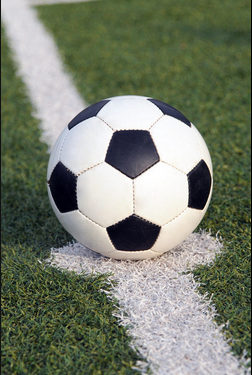 CLAIMS that a man who does sport is in some way deficient have been rubbished by another man. The recent situation that wasn’t as good as a previous situation has led to people who have nothing to do with that situation to call for the person they have never met to lose their livelihood.

But the man said: “One hundred and ten per cent focused corner turning at the end of the day and a great bunch of lads who take one game at a time.

“I’ve never met that woman/man/farm animal and will be speaking to my lawyers and/or priest as my marriage is a rock that has sadly separated for personal reasons that wish for some privacy at this difficult time to move on with my new-found love rat.”

The company the man works for has some points attached to it which are quite low, making the company worth millions of pounds less than it used to be, despite having all the same stands, players and training cones it had six months ago.

A person who has watched the man do his job for a long time said: “I have paid a tiny fraction of this man’s wages for years so I think my opinion of him should ultimately decide whether a load of other people in another place end up watching him do his job every week.”

But the person who tells the man where to run to and what to do when he gets there has supported the man’s ability to do the running and the kicking.

He told the men who make money by writing down what the sport men say and do: “A cracking attitude that plays with a smile on his face is always last to leave the training ground to sign for Galatasaray in a Â£3.5 million deal.”