Trust is the fabric that clothes a team. It holds teams together, but just one mess up can start a rip in the denim meaning you need to get your company new jeans.

Three years ago I set up O’Connor and Co, a management consultancy that also owns Laser Spouse. (Laser Spouse is a new concept in Laser Tag. Couples are given the opportunity to resolve their relationship issues in a darkened warehouse filled with fog and heart pumping music. Either the husband or the wife is given a laser gun to hunt their partner down. O’Connor And Co also own the rights to forthcoming projects Laser Pet and Laser Vicar).

I run a pyramid structure so it’s most important I trust the manager directly below me and I kind of did. Sure he was jealous of me, that was only natural, but did I trust the other six people on the team, I wasn’t sure, I hadn’t really spoken to many of them. At this point Laser Spouse had been open in Nottingham for over eight months and hardly taken any bookings. I knew the team were to blame, but who were the rotten apples?

I looked online and lot of the traditional trust games involving passing a team member through a hoop just seem to determine who gets a bit gropey given the chance. I decided to invent some real trust exercises. So ‘Ignore Wind in the Willows’ and ‘Minefield’ and all that rubbish, it’s just an expensive excuse for a day in a gym wearing shorts. Play these trust games with your team and they are guaranteed to work.

Fiver in the loos
Think you might have a couple of thieving gypsies in your team? Stick a fiver in the loos, but use a pen to write ‘thief’ on it in tiny letters. Then after the fiver goes missing don’t let anyone go home until you’ve given them a full body search. Untrustworthy thief busted!

What a slag!
Purposefully spread a rumour to one person that Debbie in accounts is a massive slag who had a three-way with Richard in sales and he’s married with two kids. When that rumour gets round the office you’ll know exactly who spread it like mustard. Busted!

Dr Morris O’Connor is the best selling author of Trust Building, Team Spirit and 50 Other Fun Ways of Working Out Who in Your Office is a Lying Thief.

Michael Gove to wrestle Nadine Dorries in a pit 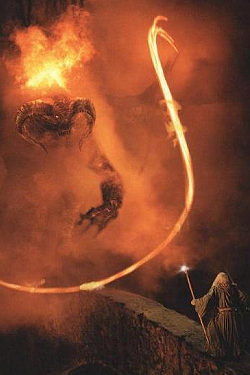 CHANGES to constituency boundaries will lead to MPs fighting each other bare chested in a muddy hole. The Boundary Commission has redrawn the electoral map to reduce the House of Commons to 600 seats, meaning weedy education secretary Michael Gove and sex-starved backbencher Nadine Dorries will be first to wrestle for the new seat of Bedfordshire West.

Slapping his naked pectorals, Gove said: “I am lean, well-oiled and have been eating nothing but raw octopus in order to build finger strength.

“I want to prove to the people of Bedfordshire that I am the raging beast they so badly need.”

He added: “My only worry is that Nadine is so frustrated she may attempt to grab me on the testicles.”

Dorries said: “I love fighting bare chested. It’s a very special experience to feel yourself rubbing up against another human being in a fight to the death.

“I want the people of Bedfordshire to cower in fear when I hold Michael’s corpse above my head and roar like the Balrog.”

Meanwhile Twickenham MP Vince Cable has agreed to fight strapping young Tory Zac Goldsmith for the new Richmond seat as long as he can use a weapon.

The business secretary said: “I am Vince and Vince must have a pool ball in a sock.”