Everyone Hoping Griffin Says Something About Jews

MILLIONS of people across Britain were today hoping BNP leader Nick Griffin will say something stunningly offensive about Jewish people. Will Mr Griffin accuse all Jews of wanting to eat your baby?

As the fascist pin-up prepared for his first appearance on Question Time, TV viewers said that if Mr Griffin really believes all wars are caused by Jews and that white people are more intelligent than black people, he should just come right out and say it.

Bill McKay, from Hatfield, said: "Oh please let him say that Auschwitz was a chocolate biscuit factory and six million Jews hid themselves in a volcano or changed their name to McPherson."

Emma Bradford, from Doncaster, added: "Question Time clashes with both Crime Scene: Navy Crime and America's Fattest Bitch, but Sky+ can only record two things at once. So if I am going to watch Question Time he better say something about murdering foreigners."

And she warned: "I'm telling you now, if this lunatic bastard is not the most evil son of a bitch ever to disgrace a British television studio, I will be writing to the BBC in the strongest possible terms."

In London, a group of campaigners has gathered outside the BBC television centre carrying placards urging Griffin to say something unbelievably entertaining.

Stephen Malley, who travelled overnight from Darlington, said: "Imagine if he claimed that the Archbishop of Canterbury is the real leader of Al Qaeda and that he performs weddings between gay, middle-aged gypsies and four year-old white boys. Wouldn't that be brilliant?"

He added: "I sometimes think that if it wasn't for people like Nick Griffin and Jan Moir I would have to find something else to do."

Mr Griffin has been leader of the BNP since 1999 and was recently voted Britain's fourth most dangerous human after Prince Philip, Noel Edmonds and Cheryl Cole. 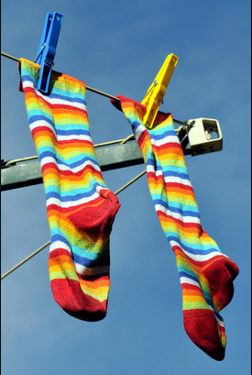