Foreign Office Has No Idea Who Foreign Secretary Is

AFTER months of speculation, civil servants at the Foreign Office have admitted that they do not know who the Foreign Secretary is.

A source said: "It's been pretty stressful for everyone since the last one left, whoever that was. It's not Malcolm Rifkind

"These days we just refer to anyone even vaguely familiar that we pass in the corridor as 'Secretary of State'.

"We had the Iranian ambassador in here last week. Christ only knows who he wound up talking to."

The source added: "There is a growing John Reid faction though Peter Hain is running a close second, meanwhile there's some fud on the South East Asia desk who thinks it's still Malcolm Rifkind.

"There's also a guy who works in the canteen who absolutely insists that it's Margaret Beckett, which I think is just great."

£50m Campaign On How To Go To The Toilet 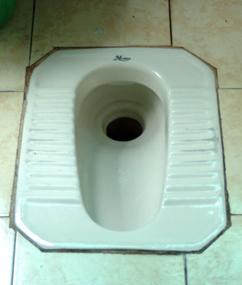 HEALTH minister Andy Kerr today launched a multi-million pound initiative to teach Scots how to go to the lavatory.

"Every year sub-standard toilet use costs the NHS £2.4 billion," said Kerr. "If Scotland is going to compete in the global market place we all need to learn how to go to the toilet."

He added: "The £50 million we are spending on booklets, TV adverts, interactive games, residential training courses and home visits will help us shed the image of the Bad Toilet Using Man of Europe."