In a factually devastating gaffe, Lord Young said that millions of people were enjoying historically low mortgage rates and that as long as they had a job, they had never been better off.

Economists immediately checked the mortgage rates, did a few sums and realised that Lord Young was being cruelly and insensitively spot on.

Lord Young also claimed that many people ‘think they have a right for the state to support them’ but was immediately condemned by dozens of Labour MPs who had voted repeatedly for welfare reform in order to curry favour with Daily Mail reading maniacs.

And the former cabinet minister then made lots of little children cry with his claim that 100,000 job losses was technically within the margin of error in a workforce of 30 million.

Nathan Muir, a senior economist at Madeley-Finnegan, said: “Well, first of all, that’s pretty much what a margin of error actually is.

“Secondly, while it may seem insensitive, Lord Young doesn’t know any of those people and, statistically, the chances are neither do you, unless you and your friends all have bullshit jobs with the local council.

“We all get terribly annoyed when we see cretins getting upset over the death of a famous person they didn’t know, but somehow we’re all supposed to mourn like Italian grandmothers when a complete stranger is out of work for a year or two.

“In order to keep growing our economy one of the most important things we can do is to stop shitting ourselves with hysteria every time someone says something we don’t like and just get a fucking grip.”

But the Tory peer was later forced to apologise for his sadistic, upper-class rightness, adding: “I’m very old. Look at my bow tie. I’m not right in the head.

“I now realise that if your income stays much the same and your biggest monthly expense goes down quite a lot then you’re worse off. You don’t need a PhD in maths to work that one out.

“And I don’t know what I was thinking when I said some people think they have a right to state support. I suppose I must have just thought it was okay because it’s a view shared by more than half the Cabinet and the vast majority of the people in this country. 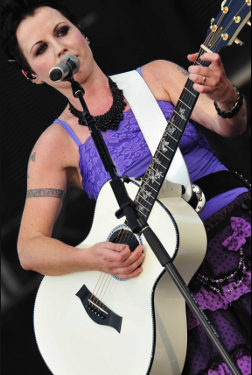 Team Apollo will take over public spending, Team Synergy will run imports and exports and Sir Alan will visit every Irish person to tell them how poor he was as a child.

The teams will be given â‚¬70 billion of debt each and will have a week to see who can make it disappear without using the IMF.

Apollo contestant, Stuart Baggs, said: “Ireland is totally 20th Century as a brand name and we need to streamline – I’m spitballing here, but how about Padonia?

“And the flag’s colours don’t appeal to the key 18-25 demographic so I’ve commissioned Banksy to design a new one featuring a policeman drinking a Guinness with Boba Fett. It screams of spraypainted win.

“We’ll pay Banksy’s fee by changing the Irish Euros into cool, Panini collectable banknotes. Is it better if people hang on to their money or spend it? I’ve never quite been sure.”

Meanwhile, Synergy’s Liz Locke will stand by the departures lounge of Dublin airport handing out free samples of debt in the hope that passengers will take them back home.

She has also negotiated the sale of 50 Flanagan & Allen CDs to a record shop in New York, bringing in an overall profit of â‚¬4.

Sir Alan  said: “I really wish Ruth Badger was here as I’d love to see the EU bureaucrat brave enough to tell her she had to give up Ireland’s fiscal sovereignty without shitting himself first. That girl was a knuckle with tits.

“Of course I never saw a tit until I was 23. We couldn’t afford them in our street. Twelve of us had to share the same nipple, and…”