I got away with it, by Dominic Cummings

I TOTALLY got away with it. You said I wouldn’t. You wrote big articles about how I wouldn’t. But guess what, f**kers? I did.

This time last week you were all still angry, though if we’re honest you were running out of steam then.

The best you could do was various Tory MPs writing letters of mild disapproval to their constituents, and you know full well I don’t give a bugger what Tory MPs think, the bunch of bumbling old duffers.

Yeah, I didn’t like giving my whole bollocks account of my movements in the Downing Street garden much. But, you know, it was one afternoon, on a bank holiday. I was only late because I couldn’t really be arsed with it.

And, much as I was tempted to admit the truth – heard Boris had the ‘rona, shit myself, f**ked off to my mum’s – I knew that if I stuck to the story there was nothing you could do.

I admit I probably shouldn’t have included the thing about the eye test, as that made me look like a twat. But you all enjoyed sharing your Barnard Castle memes, and I’m still here, aren’t I?

Your guide to being a coronavirus twat at the seaside 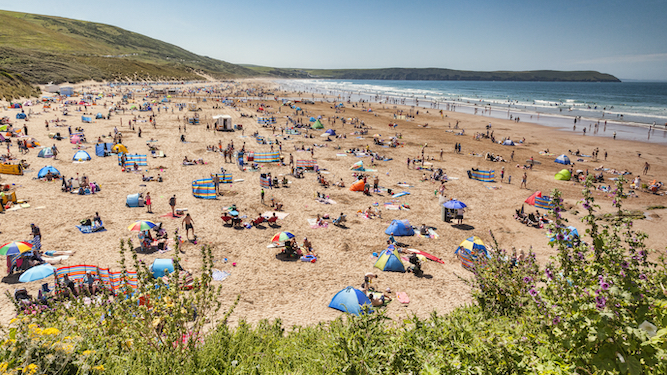 IT’S sunny, so ignore coronavirus completely and get yourself down to the nearest crowded seaside town. Here’s how to be as irresponsible as possible.

Jump off something tall

There’s something about bright sunlight that causes idiots to leap off 200ft cliffs. Don’t worry, the overloaded emergency services don’t mind saving you from drowning and fixing your spine – they just want you to have a good time showing off to your mates.

Find a pub with a garden and social distancing measures in place, then ignore them as you get progressively more wankered. By 3pm you should be breathing all over staff and barging into other customers; by 5pm you should be convinced you are impervious to coronavirus and that it is ‘all a load of bollocks’.

Be a massive hypocrite

After driving 30 miles to the nearest seaside resort to get a suntan, be absolutely furious at the 5,000 other people who had the same unimaginative idea. If you really lack self-awareness, call the police and ask them to move people on from your personal spot, ie Bournemouth.

Be a litter lout

Ruin everyone else’s enjoyment by leaving rubbish everywhere. And with refuse collections disrupted, why not stick your wheelie bins in the boot of your car and empty them on the beach, alongside your knackered old lawnmower?

Have a violent altercation

The British seaside is all about kitschy amusements, ice cream and paddling in the sea, right? Wrong. It’s a macho battle against anyone else who also is stuck in the queue for the car park. Give them some abuse and boot their driver’s door in. You don’t take no shit on a day out at the seaside.