THE man who confronted Tony Blair at the Leveson Inquiry yesterday was carrying the only weapon on earth that can kill the former PM, it has emerged. He has returned, stronger than ever

Former priest Tom Logan was restrained by guards after crashing into the inquiry wielding The Sacred Blade of Meggido, which according to the Bible was forged of light by angels as a weapon against the Antichrist.

Logan burst into the court and accused Blair of being the jackal-spawned son of Beelzebub, and of enlisting the help of dark forces including JP Morgan with the ultimate goal of destroying everything good.

The former Prime Minister responded: “On the record, what he said is completely and totally untrue.” At which point the whole room cracked up and gave the almost supernaturally charismatic Blair a standing ovation.

As he was lead from the court, Logan was fatally impaled by a weathervane dislodged by a single bolt of lightning that flashed in an otherwise gloriously blue sky.

An unruffled Tony Blair went on to deliver a bravura performance in prevarication, insincerity and avoiding plainly obvious truths to an enraptured, almost worshipful court.

Attendees at the inquiry laughed as the hypnotic former PM graciously bowed to demands for some old favourites, including The case for military action against Iraq was overwhelming, “Gordon and I have an understanding” and I was not a puppet dancing on Rupert Murdochs strings.”

Blair announced plans to take his outstanding performance as a honest man baffled by the terrible things done in his name to Londons West End, followed by an arena tour and 3D concert movie, gaining followers until he has recruited the largest army on the planet.

British monarchy ‘needs to be more like Game of Thrones’ 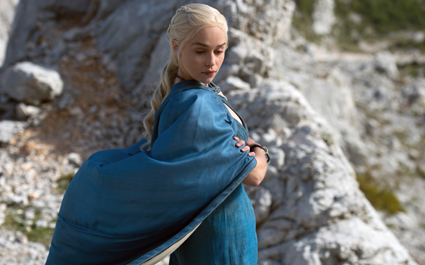 THE royal family must embrace the ‘fantasy saga’ aspect of its nature, according to new research.

The Institute for Studies found that the popularity of Game of Thrones proves there is still an appetite for people in metal hats behaving like gods, provided there is a sufficient element of fantasy.

Professor Henry Brubaker said: “Rather than attempting to be more ‘relatable’ and ‘modern’ by focusing on William and Kate’s Waitrose outings, the Windsors need to start wearing bear skins and sailing big wooden ships around looking for dragon eggs.

“By amplifying their inherent absurdity in this way, they would capture the hearts of a nation that doesn’t want to buy an expensive HBO subscription.”

Professor Brubaker said Prince William should be renamed ‘Eldric Bloodstorm’ and sent on a quest for a magical pebble that can restore the British Empire and prevent war with Scotland.

He also believes the Queen should ride around on a giant wolf, and that Prince Andrew should employ an evil sorceress to beguile the Duchess of Cambridge into his bed, leading to the birth of a vengeful one-eyed homunculus that will eventually challenge for the throne.

Mother-of-two Emma Bradford said: “I think the Queen should have a false eye made of something called ‘dragonstone’, Prince Edward should be made into a wise-cracking dwarf and Prince Philip needs to tone it down a bit .”