Mcconnell To Campaign Dressed As Holly Hunter In ‘The Piano’

FIRST minister Jack McConnell delighted Labour activists today by appearing at an election rally dressed as Holly Hunter in her Oscar-winning role in The Piano.

The brooding '90s classic is the inspiration for the first in a series of 'best actress' themed events in the run-up to election day. Over the next 10 days McConnell will grace the campaign trail as Maggie Smith in The Prime of Miss Jean Brodie, Diane Keaton in Annie Hall and Jessica Tandy in Driving Miss Daisy.

McConnell decided to go public with the 'best actress' project after successful trials at cabinet meetings in February.

"It's a risk," said a senior Labour source, "but at this late stage in the campaign we had to do something to grab the public imagination.

"It was a real struggle narrowing it down to just those four. He was desperate to do Susan Sarandon in Dead Man Walking or Jennifer Jones in Song of Bernadette. He's got this weird, nun thing going on at the moment."

The source added: "Salmond is just going round in a suit and tie. The man's not fit to govern" 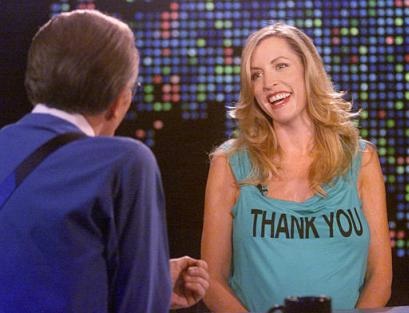 Mills McCartney berated the press and broadcasters for turning up at her invitation only media event saying: “I am not a publicity seeker. Why are you all here, apart from the fact I invited you?”

Standing before her specially selected audience of 400 journalists and photographers representing all the world’s major newspapers Mills McCartney said she was an intensely private person who had married a rich old man by accident, only to discover he was one of the most famous people on the planet.

“I had never heard of the Beatles, or Paul McCartney, or his estimated £800 million fortune before I met him. I have never sought to gain publicity for myself through my connection to him.

“It was real love, and you can’t tell me you’ve got to hide your love away. Now you guys follow me here, there and everywhere. It’s all ‘she said, she said’. Why can’t you just let it be?”

In a separate television interview broadcast on Sky News Mills McCartney said the media intrusion into her life was constant, unwelcome and unnecessary.

Earlier, appearing on the sofa on the ITV breakfast programme GMTV, Mills McCartney said she now found it impossible to appear on television without people asking her questions about herself and her private life.

Speaking to the BBC at lunchtime Mills McCartney said: “Can you hurry up and leave me alone, I have NBC, ABC and Fox all waiting to interview me on how I don’t want to be interviewed.”

A spokesman for Mills McCartney said the former model and her advisers had decided that the media blitz was the only way she could get across her message that she did not want to be in the media.