Beijing 2008: The Six Britons Who Will Come Fourth

CARRYING the Olympian hopes of a proud nation, they are the six Great Britons tipped to just miss out on the medals.

Beijing 2008 is set to be a record year for British athletes and Team GB is confident it can meet the government's ambitious target of at least 46 fourth place finishes.

Name: Bill Tilley
Event: Pommel Cow
66 year-old Bill Tilley is the eldest of the three Tilley siblings competing in this year's games. Bill came out of retirement after a desperate plea from Team GB to fill the vacant pommel cow slot. A former coach who taught Daley Thompson how to catch a rabbit, Tilley hopes to show those hot young Hungarian cow pommelers how to do it 'old school'.

Name: Gill Tilley
Event: Boating
Gill, 33, carries on the Tilley family tradition of going out in a boat for a few hours. Gill began her career in a punt but graduated quickly to the floating inner-tube class, winning three UK junior titles before turning pro and spending 14 unsuccessful years in the Italian Pedalo League. One of our most experienced boaters, her technique involves wearing a floppy straw hat and bringing along a small transistor radio and a picnic.

Name: Phil Tilley
Event: Lightweight Sawing and Drilling
16 year-old Phil is the youngest of the Tilley triplets and by far the least talented. Team GB manager Alan Dobbin believes this is one Tilley who is destined for an almost guaranteed fourth place. Phil began sawing things only last October but was quickly spotted by a sawing coach who said he had one of the best elbows he had seen in 20 years. Phil soon added drilling to his repertoire and has been practising day and night with a range of exotic Chinese hardwoods.

Name: Jamie Johnson
Event: The Cyclotron
Johnson, 20, is the third man on board Britain's all-conquering Cyclotron. Bored with traditional cycling, Somerset-born Johnson discovered his talent for propelling the eight-wheeled Cyclotron as a gutsy 15 year-old and has never looked back – mainly because it is against the rules and would result in his immediate disqualification. His motto: "Ride it like a whore!"

Name: Tara Taylor
Event: Horsing
Tara and her friends Zara, Cara and Lara are the four meaty legs of the GB horsing quartet. The feisty Miss Taylor roped her first stallion as a precocious three year-old and a glittering career in the world of international horsing was born. Taylor specialises in the technically demanding form of dressage, known as Piaffe, where the animal has to urinate at a target until the dwarf falls into the water. Taylor married her horse Benji in April 2006.

Name: Manuel Escobar-Smith
Event: Bullfighting
Escobar-Smith was granted British citizenship at 7.20 this morning and ensures Britain will be very near the podium when the bullfighting medals are handed out. Born Manuel Jesus Escobar in the Mexican barrio of El Calamento, he is famed for his larga, his alarde and his unusually oblong buttocks. Says he is 'so prouding to be a British' and refuses to accept that Mini is owned by BMW. 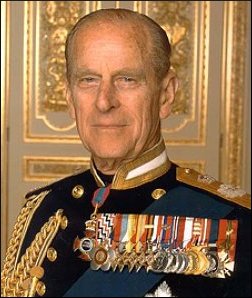 MOST Britons believe the Royal Family is entitled to its privacy, as soon as it hands back all the money and at least two of the palaces. Prince Philip has grown tired of dancing for coins

According to a new poll the public believes the House of Windsor has the right to be treated like any other family that does not get paid millions of pounds just for being them.

But until then they must dance for us while we throw pennies at their feet, the survey found.

Denys Finch-Hatton, constitutional expert at the Institute for Studies, said: "The Royals do tend to become resentful at this time of year as we are right in the middle of the busy handshaking season.

"This is their 'job' and to them it is just like any other job – the key difference being that most people do not earn a salary based on £12,000 for every hand they shake."

He added: "If we were to abolish the civil list in exchange for royal privacy, we would be able to build a children's hospital or send another 200 BBC staff to the Olympics.

"We could finally tear down Windsor Castle and then rebuild it with Lego, while Buckingham Palace could be divided into flats for busy professionals who want to live like constitutional monarchs.

"Or we just sell the whole shooting match to an Arab and split the profits."

Wayne Hayes, a shop owner from Colchester, said: "If they do have to give it all back I'd like a female horse and a male corgi."

He added: "None of your business."