THE ruthless death squads that roam the rubbish heaps of Manchester are not as good as the ones in Brazil, Man City striker Robinho said last night. Robinho was disappointed with the Arndale Centre

The homesick star has revealed he wants to move back to Santos insisting Manchester's vast, stinking piles of vermin-ridden filth do not have the same sense of community.

He said: "When I go Manchester shit heap, all people want money or bang my nice Lamborghini with stolen piece of wood.

"They shoot from car and call the dirty name. They no time for chit-chat or ask me do keepy-up."

Robinho confirmed there has been interest from Portuguese giants Benfica, but said he would not make a decision until he had surveyed the city from the top of its highest rubbish pile.

He added: "When I go Santos shit heap, I chit-chat with kiddy. I teach them how balance ball on back of neck, then watch them scatter as crazy armed bastards come over brow of pile, shooting anything that move.

"Then I chit-chat with crazy armed bastards. I teach them how balance ball on back of heel, then watch them scatter as BBC film crew come over brow of pile, interviewing anything that cry.

"Then I organise five a sidings tournament with kiddies, bastards and BBC film crew, then we all go have Pepsi Cola. It nice." 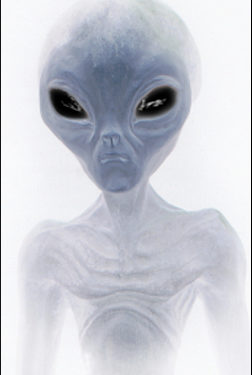 Hi, my name is Pedro and I'm going to sing 'Hopelessly Devoted to You' from Grease

As astronomers said the chances of finding extra-terrestrial life were greater than ever, Cowell insisted he would fight arch-nemesis Simon Fuller for the rights to the best and worst looking aliens and then make them dance for space coins.

Astronomer Royal Lord Rees said orbiting telescopes were now so advanced they could find extra-solar planets and then determine whether they are capable of supporting the sort of simple, organic life forms that enjoy Saturday Night Shit-Factor and Britain's Got Rickets.

But a consortium including Cowell, Fuller, Disney and Google has called on Nasa to upgrade the equipment so that it can not only detect what television programmes the aliens enjoy, but what products are advertised during the commercial breaks.

Cowell said: "I hope they are into some really high brow stuff. There's nothing that powers my erection more efficiently than taking an intelligent, cultured civilisation and smearing handfuls of fresh dung all over its face and genitals.

"Hopefully they'll have a 12-eyed, turquoise-skinned version of David Attenborough or Simon Schama that I can marginalise with my prime-time band of easily inter-changeable space cretins."

He added: "Come to think of it, Simon Schama is actually rather freaky. I wonder if I could persuade him to dress up like a school girl and sing Papa Don't Preach in a really offensive Japanese accent."

Julian Cook, an architect and BBC4 enthusiast from Finsbury Park, said: "This is typical Cowell. The man makes me want to puke my guts into a sewer. When's it on?"