LIVERPOOL manager Roy Hodgson fears he will never be invited to another
Sunday afternoon tea dance after his team’s victory over Chelsea. How else would you apologise, for goodness sake?

Hodgson has asked Joe Cole, who he continues to believe is his nephew, to apologise to the Chelsea Pensioners with a tin of expensive toffees and a battenburg.

He said: “They’ve been good as gold this season, letting anyone have a goal as wants one, and now this.”

Hodgson has asked the squad to make Chelasea manager Ian Ancellotti a nice card out of some macaroni and glitter, adding: “Hopefully he’ll put it up on his fridge with one of those fancy magnets you can get from the shops.”

Hodgson developed a strong relationship with Chelsea during his time at Fulham. The Stamford Bridge staff would often talk to him and bring him tea until, his carers arrived and took him to the correct stadium.

Assistant manager Sammy Lee said: “Since Rafa left I’ve only just finished clearing the place of mousetraps baited with photos of Ed Begley Jr and now I’m on 24-hour call in case the new gaffer has a fall in the shower.

“Whoever called football the ‘beautiful game’ has obviously never had to carry a withered, naked pensioner back to bed while he tells me yet again about the time he bumped into Henry Cooper in Safeways. 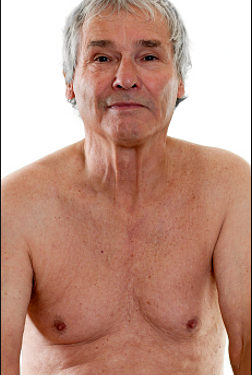 A FRENCH village plagued by an influx of copulating naturists is campaigning for the return of overweight, erection-free volley ball players. Local councillor Jean-Pierre Lafarge, said: “Naturism is one of zose zings which, like cupcakes and camping, is very difficult to tolerate once it becomes fashionable.

From next April anyone judged to be more attractive than either Harold or Madge from Neighbours will be barred, while any couple caught having intercourse will be covered with a tarpaulin.

Meanwhile Emma Bradford, a nude 54-year-old civil servant from Peterborough, dismissed claims that wanting to take your clothes off in public is just weird.

“It’s not about sex or exhibitionism. It’s about being addicted to the sensation of hot fat spraying against my nude thighs as I barbecue thick, meaty sausages in front of a dozen old men wearing nothing but tennis socks.”

Bradford’s completely nude, 71 year-old friend, Roy Hobbs, added: “I fail to see what is unusual about a retired submarine commander talking to you on a public beach, naked except for his Millets sandals and his swingball bat, with his pendulous scrotum baking gently in the sun and his long, thin penis experiencing a rolling series of partial erections while you stare at his face with the intensity of a rattlesnake.”