Jesus ‘Put Me Off’ At 14th Green, Says Woods

WORLD number one Tiger Woods has accused Jesus of deliberately interrupting his game during the final round of the US Masters.

Woods said Jesus appeared several times during his round, coughing, shouting and setting off his mobile phone. Johnson told to keep his friends under control

"It was ridiculous," he said. "We all knew he was out on the course with Zach Johnson but there was no need for him to try and ruin it for everyone else.

"I was about to putt on the 14th, which is a very tricky green as it is, and the next thing I hear is this annoying, high-pitched version of Spirit in the Sky, coming from Christ's cellphone.

"I looked around and glared at him but he just shrugged and walked off."

Tournament winner Johnson said: "Sure, Jesus was with me but I can't be expected to keep an eye on him every minute of the day.

"If he wanders off to do his own thing that's his deal. If he was making too much noise the stewards should have asked him to leave." 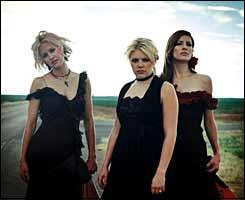 Hollywood’s
hottest couple announced they have successfully recouped almost Â£300 in
unauthorised overdraft fees after a terse exchange of letters with
Lloyds TSB.

Pitt said: “We were having dinner with Susan Sarandon and Tim Robbins and they were raving about it.

“They showed us a website where we could download the template letters and read the success stories of other bank customers. It was really inspiring for us on a personal level.”

Pitt and Jolie, who met while filming Mr and Mrs Smith, said the bank initially refused their request but soon backed down after the threat of court action.

Pitt said he plans to spend the refund on a home-made sausge kit and a ‘Poang’ footstool.

OTHER CELEBRITIES WHO HAVE RECLAIMED BANK CHARGES THIS YEAR… The Dixie Chicks have reclaimed more than Â£800 from NatWest