New Generation Lives Up To Lack Of Promise

FABIO Capello said England now has the strength in depth to carry its grinding
mediocrity forward to the next generation. Worse than that what they routinely do to one of these

Injuries, suspensions and not really wanting to get their arses handed to them in a meaningless friendly saw many of the first-choice squad absent from last night’s 2-1 defeat to France. But the England manager feels that the nation has massive reserves of awfulness to draw from.

Capello said: “When Heskey can no longer stand 50 yards upfield vaguely peering toward the ball, I’m sure Carroll can make that ball feel equally peered at.

“And if we need a midfielder to totally disappear from the game the way Carrick does, then young Henderson is poised with his invisibility cloak.”

He added: “We actually called the police to report him missing at half time until Gerrard found him talking to a hotdog vendor, asking what a ‘free kick’ was.”

France coach Laurent Blanc added: “Back home, the difference in class has been considered almost cruel, and bear in mind what we do to geese.”

Foster 3/10
Brethren to Conan Doyle and Camus, his single-minded pursuit of goalscoring nothingness must surely put one in mind of Zen Buddhist monk-prince Badhidharma, whom I believe also turned out for Manchester United.

Jagielka 8/10
Has had to spend time both in Sheffield and Liverpool as part of his trade so my heart weeps for the boy.

Ferdinand 5/10
A devotee of practical jokes, I’m sure Mr Ferdinand would have appreciated the time I decanted a bottle of Rothschild ’64 and told Francis Bacon it was the ’62. Bacon punched me in the throat and we never spoke again.

Lescott 4/10
Looks rather like a Giacometti sculpture I won from Prince Philip in a game of Knave’s Whoopsie. Slightly less mobile, though.

Gibbs 5/10
A chap called Gibbs used to sweep the library at the Courtald when I was a student. I remember he was fired after I accused him of stealing the Dali fork I later found down the back of a Queen Anne escritoire. I often wonder what became of him.

Walcott 7/10
I rather cared for the way he skimmed across the pitch like my grandfather’s old Wolseley. One assumes somebody had just ordered drinks.

Henderson 2/10
Which one was he again? One isn’t allowed to say this these days, but poor people all look the same to me.

Barry 2/10
A most dreadfully common name; one cannot enunciate it without envisaging some awful tradesman traipsing into view

Milner 3/10
Northern, so I’m led to believe. How unspeakable of him.

Gerrard 6/10
I much prefer Gerard Manley Hopkins, to be frank. Even if he was a priggish Victorian bore it’s better that than a negligibly-foreheaded scowling guttersnipe.

Carroll 9/10
An Easter Island statue made flesh, with the pagan virility of Norse poetry and the muscular grace of a Stubbs painting. The lad also put himself about in the final third and will be well pleased with his debut.

William Has Constitutional Duty To Spend £80m On A Party, Say Experts 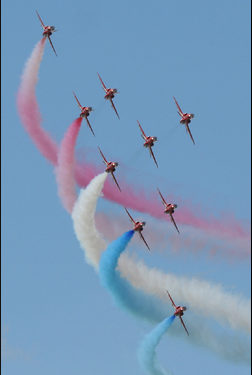 PRINCE William will be barred from the throne unless he spends at least Â£80m on his wedding, constitutional experts have confirmed. If only there was some way of not spending Â£80m, but there isn't

As the prince and his financeÃ© were urged to have a cut price ‘austerity’ wedding, lawyers said they would have no choice but to stage a lavish, multi-million pound extravaganza or Britain’s constitutional framework would suddenly collapse with a giant thud.

Denys Finch-Hatton, who wrote Of Cakes and Kings: Royal Weddings from Ethelred to Peter Philips, said: “In the Massive Wedding Decree of 1257 Henry III said all future heirs to the throne must spend at least 38 gold sovereigns, or its index linked equivalent, on a dress, a cake and a band. They didn’t have police then. Or overtime.”

He added: “Prince Charles actually wanted to get married under a tree – or maybe it was to a tree – but the Queen told him that if he did he could never be king.

“She got out the original copy of Henry III’s decree and explained to him his constitutional duty to have 27 wedding cakes and the Red Arrows.”

Finch-Hatton also stressed that huge weddings were necessary to impress greasy foreigners whose mounted soldiers were nowhere near as shiny as ours.

A French embassy spokesman said: “We never cease to be impressed by Britain. Particularly its ability to piss money up a rope on shit like this. Have you thought about maybe spending the cash on a train that can do more than 20 fucking miles an hour?”

Meanwhile experts warned that in addition to the constitutional and foreigner-impressing obligations, it was very important that people had something to watch on television on a Saturday afternoon in the middle of July.

Julian Cook, from Reading University said: “If there wasn’t a Royal Wedding then the broadcasters probably wouldn’t bother putting on any other programmes. It would just be a blank screen.

“It’s not like BBC2 is suddenly going to show Ben Hur on a Saturday afternoon because there isn’t a Royal Wedding. Actually, you know what, they should totally show Ben Hur. I haven’t seen that for ages.

“If they do, I’ll invite all my friends and neighbours over and we’ll have a few drinks, I’ll make a Ben Hur cake and put up some Ben Hur bunting. Ben Hur is a really, really good film. And it has excellent costumes.”

But Helen Archer, a patriot thank you very much from Grantham, said: “We have to have all the pomp and ceremony because that’s what being British is all about.

“It’s not about anything else. There is nothing else that is British. It’s just that.”

Cook added: “Or they could show The Godfather, that’s really good too.