Sign our petition for Marcus Rashford to win the Premier League 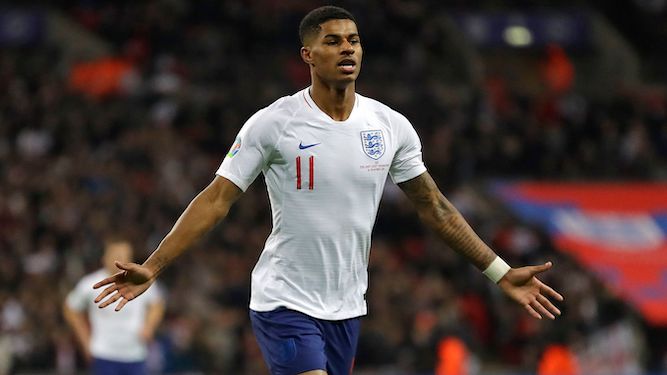 MARCUS Rashford is a hero who’s given Britain hope. And now it’s time for us to give back, by making him sole winner of the 2019/20 Premier League.

This modest man of humble origins has always dreamed of one day holding the Premier League trophy aloft, so why make him wait?

Carpers have complained that Liverpool are on course to win the Premier League, with 27 wins in 29 games and a 25-point lead. But come on.

Liverpool have won the league loads of times. Liverpudlians love a charitable cause. They’ll gladly step aside to give this exceptional young man his due, and won’t mind in the least.

And don’t worry Liverpool fans, even though Rashford is a Manchester United player this trophy won’t be going to your hated rivals. Instead, in an unprecedented move, this year’s winner will for the first time be one man.

Like Harry Potter in Hogwarts, Rashford will be awarded 150 points just for being his wonderful self. He will lift the trophy in a neutral venue and embark on a one-man socially-distanced open-top bus tour of the whole country.

He’s already the nation’s champion. Let’s make it official. Sign our petition today. Until he says something about racism and suddenly we turn on him and call him a naïve, foolish, spoilt little boy.

A MIDDLE-CLASS couple are amazed at how much extra money they have after stopping meals out, theatre trips and citybreaks while still being paid high salaries in stable jobs.

Julian and Carolyn Cook have realised their lifestyle of cheese boards in gastropubs, premium seats in boutique cinemas and jam splurges in English Heritage gift shops was absolutely haemorrhaging cash.

Julian said: “We’ve both been working from home, obviously, because we have good white-collar jobs so our income hasn’t dipped at all.

“But we’ve literally saved thousands on not buying smoothies and salads and wasabi peas for work lunches, let alone sushi.

“Nursery fees have been replaced by Disney Plus and six kilos of Play-Doh, we no longer eat at restaurants with ‘artisan’ and ‘grass fed’ on the menu, and Carolyn’s never in Zara or Joseph. For us, this pandemic is a bit of a boom time.”

Carolyn agreed: “I never used to think about it, but spa weekends add up. I’ve saved over £3,000 on those alone.

“And of course we haven’t had to to pay our cleaner for months. I hope she’s taken the opportunity for her to put her feet up. She always looked so tired.”