JOHN Terry’s single-handed capture of the Champions League trophy was especially for John Terry, it has emerged.

Speaking from his eighteen-bedroom mansion built in the shape of his own face, the pathologically-confident Chelsea defender also suggested his England team mates need not fly out to Poland as he has this one covered.

Terry said: “When John Terry beat Barcelona, many said John Terry couldn’t repeat that effort against Bayern, but they underestimated how much it means to John Terry to make John Terry’s dreams come true.

“John Terry can now take this form into the Euro 2012 tournament and face some of the best non-John Terry teams in Europe to win John Terry a trophy for the first time since 1966.

“They think it’s John Terry? It is now.”

Meanwhile, Chelsea caretaker manager Roberto Di Matteo has been told he will need to cure a major disease to secure the job permanently.

After winning two trophies and making Chelsea play like they’ve actually met each other before, Di Matteo felt confident of being offered the role but it’s understood Roman Abramovich is looking for something a bit more Nobel-Prize-winning-y from the ovoid-faced Italian.

Di Matteo said: “I was given the alternative task of making everybody in the world not want to punch John Terry in the face with a fist made out of threshing machines, but boxing off cancer seemed a more realistic target.

“I think I am ideal for the role but I know I face stiff competition from, well, you can probably guess who, can’t you?”

What’s on – Walking with Dinosaurs That Are Mashed on Drugs 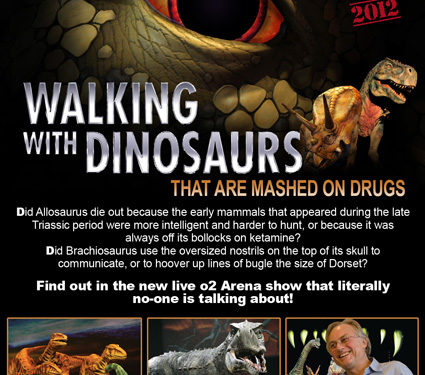