A RECORD number of pensioners have been granted places in care homes across Britain, amid claims the entry criteria are easier than ever.

Over half a million senior citizens were offered board at their first choice old folks’ home with another 125,000 going to one in Leicester through clearing.

Retired headmistress Margaret Gerving, achieved 81 years, mild senility and a varicose vein, which was enough to win a place at the Angry Swan Rest Home in Guilford.

But she dismissed claims that the selection process was anything other than arduous: “I worked really hard. Anyone who thinks I’m not infirm enough to have all my meals cooked for me forever should take a look at the backs of my legs. The left one’s like a bag of M&Ms.”

“Some of these new octogenarians have cordless phones with giant buttons making it easier to alert a neighbour after one of their flappy turns. How is that fair? You tell me.

“I remember when just a privileged few went to care homes. Used to be you’d have to throw yourself down some stairs but now all you need to do is wet your knickers near a band stand.”

Care worker Martin Bishop said he had seen an increasing number of overcrowded day-rooms, adding: “Many of these OAPs have gone to a care home without any real thought about their future.

“The sad truth is for many of them, there won’t be a decent sing song at end of it and most of them will be forced take part in menial activities like Crazy Eights or Giant Jenga.”

Buy a Prius or Mork will shoot you in the face, say experts 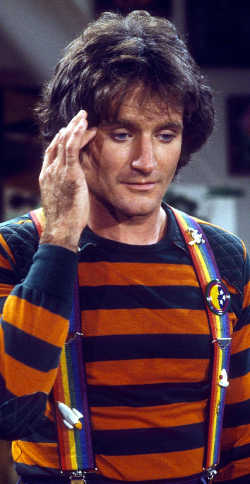 MORK from Ork will blast your face off unless you reduce your average fuel consumption to 62 miles per gallon, scientists have warned.

Environmental campaigners now say anyone who does not drive a randomly priced, hybrid car and bottle their own gas should be made to wear a placard reading ‘it was me’ and be pushed to the front when a vast fleet of interstellar deathships arrive at the end of next month.

Professor Henry Brubaker, of the Institute for Studies, said: “We now need to have a debate about whether angry alien genocide research is more terrifying than one of those book covers that has huge waves crashing against the middle of Big Ben.

“And it has surely got to be more effective than some fucking documentary called ‘The Last Gnu’ or ‘Cry Me a Desert’.”

He added: “My initial research confirms it is now imperative that we pinpoint a likely planet from whence our murderers will emanate and then publish painstakingly accurate drawings of what their flying saucers will definitely look like.

“We should also give them a name. I suggest ‘the Monbions’.”

Julian Cook, professor of alien vengeance at Roehampton University, said: “We know from ancient intergalactic records that the planet Harbalmabab was incinerated by the Jeebles because they failed to meet their domestic solar panel installation targets.

“I fear that space history may be about to repeat itself.”