Five dog breeds your mum can't quite remember the name of

YOUR mum loves dogs so much she can never remember what they are called. Which breeds is she describing here?

1. The angry guard dog ones. With the pointy ears. They’re always being walked by sad looking men in hi-vis jackets. Police use them too. One chased your Uncle Terry when he stole that copper pipe from the building site. Bit his left arse cheek. He said it was German, but it definitely barked in English.

2. That one all the celebrities have. Well, celebrities and those normal women who get fake chests and lips. I think they live in handbags, which looks dead handy. They seem a bit snide, I think they’d bully the other dogs. Pretty sure they have a Mexican name – Acapulco? Quesadilla? Or maybe Margaritas?

3. The one with the eyes. Gorgeous they are. Look kind of beautiful but haunted, like Paul Hollywood. People used to have pictures of them howling on these lovely T-shirts. Wayne from the off licence used to own a couple. You know Wayne, the one who got arrested for having all those nunchucks and samurai swords.

4. Those small shuffling ones. The ones with short legs that the Queen has. I saw one dressed as a Beefeater once. Unless I dreamt it. She does well doesn’t she, the Queen. She’s 95, you know. I wonder if she walks them herself. Probably has a butler or footman for that.

5. Absolutely massive things, they are. I saw one once and I thought it was a horse. I said to its owners ‘that’s a nice horse’ and they laughed. Which seemed a bit unnecessary. You could definitely put a jockey on one and see how it does at Cheltenham. Mr Booker on Kellett Road used to have one, had to scoop up its ‘business’ with a shovel. 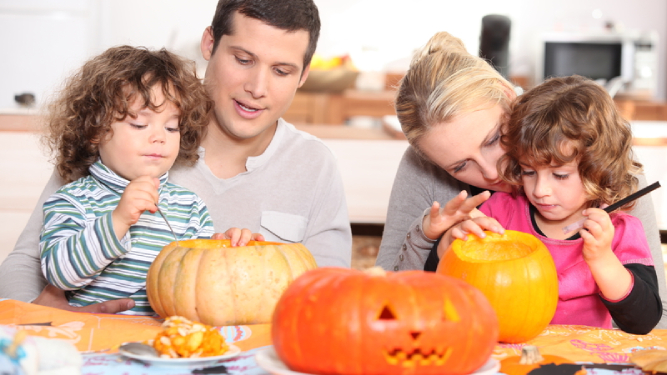 A WEIRD family has been spotted actually cooking and eating the contents of their decorative Halloween pumpkins.

The Shaw family has disgusted everyone on their street by using the innards of their carved Halloween pumpkins to make a nutritious soup, rather than throwing the extracted pulp straight in the bin like sane people.

Neighbour Kelly Howard said: “There’s always been something off about that lot. But it wasn’t until I saw them happily slurping away on bright orange soup instead of stuffing their faces with chocolate that I was convinced they were nuts.

“Don’t they know pumpkins only exist to be hollowed out and filled with candles to provide seconds of entertainment, or to be flavouring for overpriced seasonal lattes? If nature wanted pumpkins to be eaten she wouldn’t have made them taste like shit.

“I shouldn’t have been surprised, given that I heard them lecturing their kids on the historical importance of All Hallows’ Eve. Can’t they just buy a tacky plastic Minion costume from ASDA and call it a day like everyone else?”

Mother Eleanor Shaw said: “If anyone comes trick-or-treating we’ll ladle hearty servings of pumpkin soup into their goody bags. That way they’ll know we’re better than them, which is what really matters.”