Men not doing anything helpful until they get equal rights 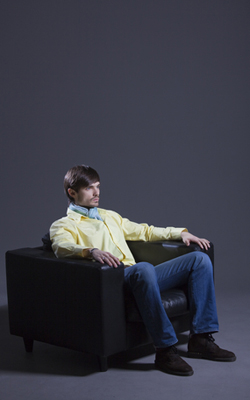 MEN’S rights campaigners are refusing to lift a finger around the house until anti-male gender discrimination ends.

Activists in the burgeoning ‘masculinist’ movement are demanding an end to such matriarchal oppression as women getting free entry to shit nightclubs ‘B4 11’. In the meantime, they aren’t doing any chores.

Masculinist Tom Logan said: “If I want to go to my local nightclub Chico’s to hear commercial dance, r’n’b and ‘club classics’, as a man I am forced to pay £5.

“Not so for women. They can stroll right in, the bouncer will even hold the door open and give them an admiring look.

“There’s no way I’m putting the bins out or doing any washing up until that sort of thing stops.

“I’m staying right here on the sofa, sticking it to the oppressor.”

Father-of-two Stephen Malley said: “I’m prepared to ignore my wife’s pleas for help with the bins until men stop being used as comic foils in washing powder adverts and stuff like that.

“I’m not moving from this chair until she and I are equal in the eyes of society. Well possibly for sex, but otherwise no way.”

Professor Henry Brubaker of the Institute for Studies said: “Perhaps boys are falling behind because of institutional anti-male prejudice.

“Or maybe they need to stop wanking for five minutes.”