British adults reminded they should wash hands after defecating 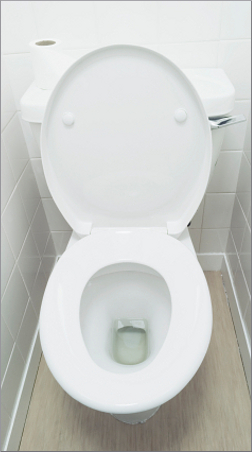 THERE were fresh concerns about Britain last night after officials found it necessary to remind fully-grown humans to wash their hands after going to the lavatory.

In a move described by the United Nations as ‘troubling’ the UK’s Health Protection Agency said a key measure in containing the E coli outbreak was to make sure people did not forget to clean both hands after wiping faeces from their anus.

A UN spokesman said: “So it’s come to this. While other European countries focus on new and exciting ways to separate food from sewage, Britain finds itself struggling to keep up in the personal hygiene remedial class.

“This once again strengthens the argument for an educational equivalent of the IMF. We need a high-powered organisation that can take action when a country comes to us, cap in foul-smelling hand.”

He added: “I would venture that in societies with indoor plumbing and ample supplies of fresh water, anything less than a consistent, 100% level of adult bottom wiping would require immediate intervention.

“I suspect that we may soon see the light blue berets of a UN hand-washing force doing their difficult but very necessary job in every British lavatory.”

A spokesman for the Health Protection Agency said: “Listen, when I issue a statement which contains the sentence ‘remember to wash your hands after going to the toilet’ how do you think that makes me feel?

“We don’t want to have to say these things, but we know what you’re like.

“It’s the same reason why every Christmas we have to issue a press release that says ‘do try not to eat raw poultry again’ and ‘see that large, dry tree in your living room? – that’s a fire hazard’.”

Meanwhile the source of the unpleasantness which caused the E coli outbreak remained a mystery, even though experts pointed out that any food travelling by land from Spain to Germany would have to go through France.