A WIFE who keeps agreeing to share a whole bottle of wine with her husband has only had one glass again, it has been confirmed.

Lying spouse Sarah Bishop yet again said ‘yes’ to sharing a bottle but hardly drank any, leaving her husband Martin looking like a bit of a pisshead as he finished it off.

Martin Bishop said: “She only had half of the one small glass I gave her. Obviously I had to drink the rest because otherwise it would oxidise or something which I assume means it would explode.

“It was a £7.99 bottle so I couldn’t pour it away, but then I felt surprisingly pissed when I went to bed. I couldn’t be arsed to clean my teeth, so if I need a filling that’s entirely Sarah’s fault.

“What I really don’t get is that if we share a pudding in a restaurant and I take more than half she absolutely loses her shit.”

Sarah Bishop said: “I have no fucking idea why I keep doing this. I think it’s something to do with Tuesdays. On Fridays I can drink a whole box of wine and move onto sherry in a mug.” 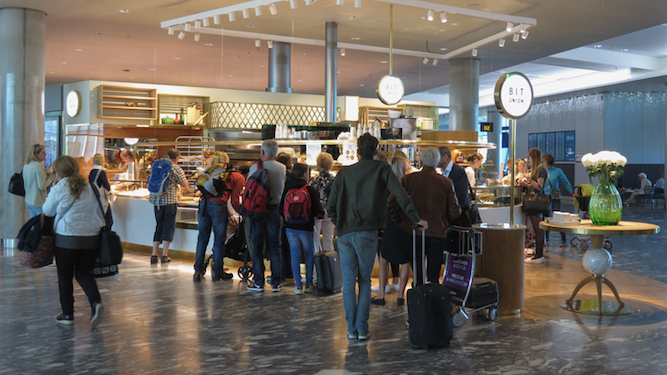 MEN believe that drinking beer at any time of day is harmless so long as it is carried out within an airport departure lounge.

Drinking four or more pints at breakfast would usually be considered worthy of some sort of intervention by family or friends, but when done at Gatwick Airport is perfectly normal and healthy.

Frequent traveller Tom Logan said: “Airports make alcohol un-alcoholic. This is the true fact that the killjoys in the medical anti-drink lobby don’t want you to know.

“Maybe it’s something they pump into airport lounges to keep the air clean, or the natural superhuman strength you develop when you know you’re about to have it very large in Spain for 10 days.

“Admittedly I collapsed after getting off a plane in Ibiza once, but the ground was probably at a slightly different angle to the UK.”

Doctor Tom Booker said: “I would normally advise blokes to drink responsibly in airports, but I’m going to Switzerland tomorrow, so fuck it.”