THERESA May will forever be remembered as a knock-off Margaret Thatcher who wasted three years fucking about with bullshit, commentators believe.

May, who announced this morning that she will resign on June 7th, will forever be a footnote in history for schoolchildren to go absolutely blank on during exams.

The former PM, who used her resignation speech to blame others for her own failings, is already a largely forgotten figure while still technically in office and the situation is only expected to worsen.

Political correspondent Joseph Turner said: “Thatcher had actual beliefs, however reprehensible, and followed through on them. May? Nah. She did say ‘Brexit means Brexit’ though. People might remember that.

“She had her Brexit deal, which she was convinced was brilliant because she’d arranged it, and she thought grammar schools were good because she’d been to one.

“Her legacy? Yeah, coming up blank on that one. Maybe in the future we’ll call somebody incompetent who refuses to leave their job a ‘Theresa’?

“To be honest it probably wouldn’t stick. Just not memorable enough.”

Six ways to be superior when showing people your vinyl collection 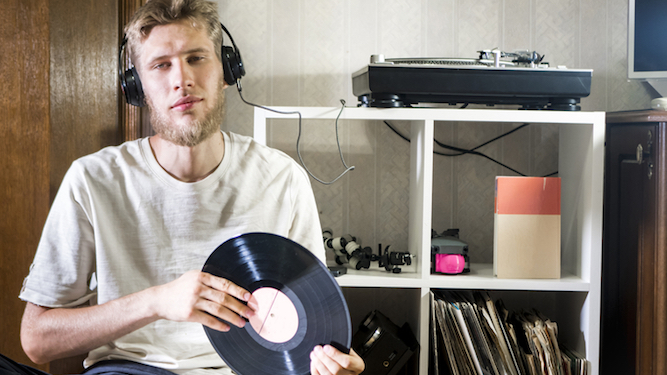 WHAT is showing someone your record collection except a chance to prove you’re better than them? Here are some ways to really be a wanker about it.

Make sure you’ve assembled a collection of your rarest vinyl and repeatedly ask the person ‘Have you heard this?’ They won’t have because only five people have ever listened to the South Korean Ambient Funk genre.

Set the ‘Can you hold this record for a second?’ trap. Look on in fake horror as they clumsily smudge it up then patronisingly show them how to hold a record properly.

Start DJing and ask a victim to pull out a particular record from your crate. As they hack hopelessly through the collection like they’ve got arthritis in both hands, take over the job. Then file through the records with the nimble finger dexterity of squirrel on speed.

Educate your target into inferiority as you give an endless sermon that connects the New-Icelandic Jazz Movement all the way back to the first time a farmer twanged a crude banjo in the Bronze Age.

Wear a t-shirt with a slogan like ‘I’ll take a perfect 180g repress over a shabby VG original every day’. Then laboriously explain what it means so they feel not even worthy to eject a CD.