DAVID Attenborough has been faked using lookalikes and special effects for nearly 40 years, the BBC has revealed.

The corporation revealed the role has been played by, among others, David Jason, Richard Briers and Anne Diamond, with ‘David Attenborough’ being a brand name, like ‘Doctor Who’.

As technology progressed, an Attenborough was created by the Jim Henson studio, with eight puppeteers working on his sense of wonderment alone, before CGI technology became sufficiently advanced so it would not look like Max Headroom talking about geese.

BBC producer Bill McKay said: “The original Attenborough died of an infected ball when a chimpanzee bit him in Tanzania in ’72 while he was filming The Hairy Planet.

“Mike Yarwood stepped in for some final bits of voice-over and if you watch the scenes about monkey wanking, Attenborough starts sounding like Hughie Green.”

The BBC finally declared Attenborough’s death to the Inland Revenue under new rules forcing broadcasters to declare their tangible national treasures. The balance sheet has now been reduced to an original Stephen Fry and a mark II Danny Baker.

McKay added: “Nowadays we’ve got the CGI Attenborough that we can put in front of a volcano, an iceberg or in the midst of a walrus mating session. And for the staff Christmas party one of the lads programmed it to do the Beyoncé dance to Single Ladies.

'God particle' does not believe in God 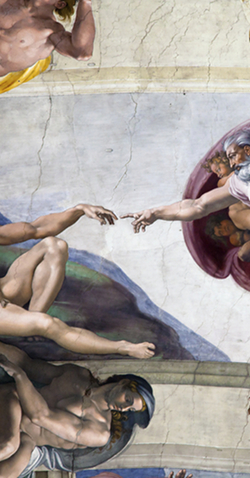 THE particle named after God last night stressed it was not religious in any way.

Higgs Boson, a 14 billion year-old particle from the absolute centre of the universe, used its first fleeting contact with humanity to reject the notion of an omnipotent space wizard.

Mr Boson said: “I only have a trillionth of a second to say this so I want to be crystal clear – I am not a God-botherer.

“I’m not saying for a fact that God does not exist, but as everything you can see, smell, hear, touch or experience in any conceivable way is, to all intents and purposes, based on me, I can tell you that ‘God’ was not responsible for what I like to think of as my essential ‘mojo’.

“If God exists then, given that I’m pretty much everywhere all the time, there’s a fairly reasonable chance I would have bumped into him by now. But so far, it’s just me and the particles to which I give ‘mass’.

“And I know that ‘mass’ is ironic given all those Popes who existed because of me and who then burned people at the stake for suggesting that I am not the work of Satan.

“Me and some other particles you have not even begun to imagine laugh about ‘mass’ all the time. It’s funnier than a cat falling off the back of a sofa in a hilarious universe that without me would have been a never-ending void that’s not even dark because there’d be no such thing as darkness.”

Mr Boson added: “The only relationship I have with Satan is via any of the atoms that humans use to express the idea of Satan.

“That’s not to say I don’t go to church. If you’re the thing that makes everything in the universe exist then you can’t really avoid it.

“But rest assured, I sit at the back, read a Richard Dawkins book and giggle about how clever he thinks he is.”