CHANNEL 5 has revealed that this year’s Celebrity Big Brother contestants are all ghosts, except for Rylan.

Producers had hoped to keep the surprise twist a secret, but it was revealed to viewers after Toadfish walked through a wall on his way to the toilet.

A Channel 5 spokesman said: “The housemates, apart from Rylan, passed away in accidents but are unable to ‘move on’ until they’ve achieved another tabloid front page. However they don’t know that they’re spirits.

“If Rylan guesses they’re ghosts they will all vanish into thin air and he gets the prize money.”

Rylan’s suspicions about his housemates’ spectral origins grew last night after he noticed some ectoplasm on Frankie Dettori’s duvet.

The spokesman said: “We thought he’d assume Frankie had been self-pleasuring but Rylan is pretty astute on the subject of manly secretions.”

Viewer Nikki Hollis said: “This new supernatural format has really gotten me back into CBB.

“It’s like watching a James Herbert book, except the hero is a flamboyant homosexual instead of a surly middle-aged man with corduroy elbow patches.” 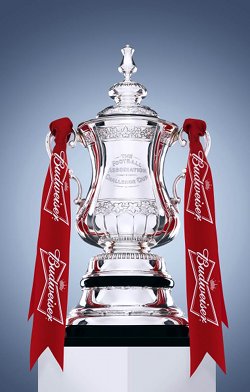 SKEPTIC investigator James Randi has set out to disprove the magic of the FA Cup.

The James Randi Foundation has offered a million pounds to anyone able to demonstrate a sense of wide-eyed wonder in the world’s oldest  beer promotional tool.

He now wants to resolve whether the tournament has a supernatural element or is merely a series of athletic events involving Englands second best footballers until the quarter finals.

Randi said: “I and my colleagues will attend every fourth round match to look for any event that falls outside the realm of the mundane, such as nobody being vile.

“We will also scrutinise any commentators claims of magic to see if theres a rational explanation for a ball being positioned in a particular part of the pitch by 11 men with relatively poor employers.

“Yesterdays evidence involved a bucktoothed racist handballing his team to victory against a club whose chief executive adores Margaret Thatcher.”

The field of sporting scepticism has been growing in popularity following Richard Dawkins’ latest book The Wimbledon Delusion and Simon Singh’s Who Gives a Monkey’s Fuck About the Ryder Cup?

Randi added: “Science is still unable to explain Adrian Chiles, but I suspect he will turn out to be nothing more than a weather balloon.”