TOM Daley’s Saturday night diving show has kicked-off with the deaths of 12 of its celebrity contestants.

The producers of Splash! paid tribute to the dead but pledged to continue throwing famous people off a diving platform just to see what happens.

Also drowned was 1970s children’s presenter Bill McKay, whose Border TV show Up With the Cock provided young viewers with a fascinating look at life on a farm.

But many of the celebrities dragged from the water remain unidentified. An ITV spokesman said: “We think one of them might have been on Tomorrow’s World.”

Critics accused the producers of exploiting semi-famous people who were entirely the wrong shape to collapse into a swimming pool.

But ITV said Helen Lederer, who survived but has three broken vertebrae in her neck, wanted to continue as long as they promised not to strap her to her wheelchair.

The spokesman added: “It was one of our darkest days so after a lot of soul searching we have decided to use a deeper pool and have the contestants coached by Andi Peters.”

Britain not a smouldering heap, proclaim Cameron and Clegg 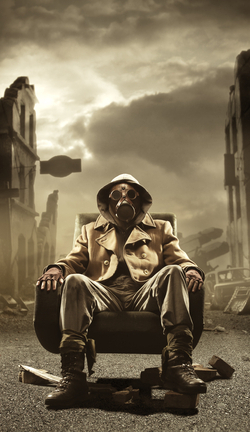 BRITAIN has not been reduced to a post-apocalyptic wasteland, populated by insane cannibals,  it has been confirmed.

Unveiling the mid-term review of the five-year coalition agreement, David Cameron and Nick Clegg expressed their delight and surprise that most of the country’s buildings were not on fire.

But they said there was still ‘much to do’ to ensure that two-and-a-half years from now Britain could continue to sustain some basic form of mammalian life.

The prime minister said: “To all those who predicted the sun would be blotted out by the acrid smoke from a thousand blazing towns, I say you are mostly wrong.”

Mr Cameron then held up a child’s drawing of an elephant and said that Britain was ‘on track to have more of these’.

Mr Clegg, the self-styled ‘deputy prime minister’, added: “Since May 2010 I have travelled all over the United Kingdom looking for something to do. I honestly thought I would see a lot more dead bodies.

Meanwhile, voters expressed relief at not having to live in a large concrete pipe and drink each other’s urine.

Tom Logan, from Peterborough, said: “While trains would be better if they were on fire, my children insist they are going to school so I am inclined to believe there are still schools.”

Margaret Gerving, a retired headmistress from Guildford, added: “I was in hospital last week and was not beaten to death by a gang of junior doctors and thrown in a skip.

“Well done to all concerned.”