THE Sun’s open letter to Argentina is a double bluff to deliver the paper’s dream of a second Falklands war, it has emerged.

The tabloid took out an advert in a Buenos Aries newspaper urging President Cristina Kirchner to respect the islands’ sovereignty, but which was obviously just moments away from including the word ‘Gotcha’.

Media analyst Martin Bishop explained: “Nothing is more likely to provoke the Argentinians than a ‘hands-off’ warning from the paper that revelled so delightfully in the deaths hundreds of their sailors.

“By making what appears to be an impassioned argument for self-determination the Sun is in fact ensuring that Port Stanley will be under Argentinian control by, I would venture, next Thursday.

“At that point a fireworks display will be ignited atop the Sun’s London headquarters which the paper will insist is merely a morale-boosting measure to ‘prepare us for the dark days ahead’.

“The next day they will run a front page which will simply be the masthead and the words ‘Our Lads’.

“There will then be a 28-page commemorative guide to how and when hundreds of Argentinian conscripts will meet their violent, fiery deaths accompanied by a special ‘Falklands II’ logo which just says ‘Die Argie gayboys’.”

It is understood that since his appointment in 2009, Sun editor Dominic Mohan has spent more than six hours a day dictating Falkands-related headlines while he masturbates feverishly into a bucket. 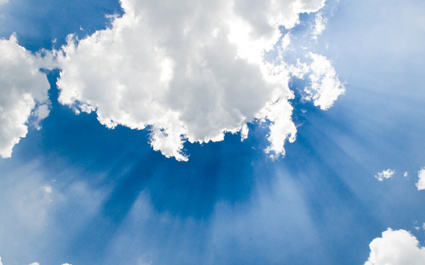 GOD has responded angrily to Noel Gallagher’s claims that he is an Oasis fan.

God said: “I’d never actually heard of them until yesterday.

“But having had a quick listen I’d say it’s a load of derivative, sub-Beatles tosh fronted by divs.