ALL classical music including Beethoven, Bach, and Mozart is to be reclassified as film music.

Classical music, which is central to the Western tradition of art, has been judged ‘too boring’ for anyone to listen to unless they are watching Hollywood stars make out under a waterfall.

Musicologist Denys Finch Hatton said: “The only time anyone wants to hear this music is when they’re unsure who the baddie is in a fast-paced technothriller.

“If six hotties want to play violin in the background on an X-Factor ballad that’s fine, but if you’re getting a full orchestra together you’d better have a Hobbit film desperately in need of a score.

“You know who liked classical music? Hannibal Lecter. I rest my case.”

Classical music has also attracted criticism for being too long, not having any words and never featuring Sean Paul.

Pop blogger Susan Traherne said: “The use of the term classical is causing unnecessary confusion for those seeking out classic rock, classic hip-hop, or club classics.

“When I want to describe Will.I.Am’s new single as ‘classical’, by which I mean ‘like a classic’, why should 350 years of musical history stand in my way?”

Emma Bradford of Hythe agreed: “I always watch Last Night of the Proms – but for the mindless jingoism and xenophobic subtext. I don’t actually like all the instrument noise.” 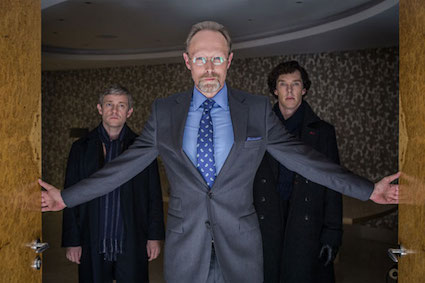 EVERYONE in Britain has become left wing because of the baddie in Sherlock.

Labour is anticipating a landslide after the country realised that the villain, a bespectacled Scandinavian media tycoon, was actually Thatcherism.

Emma Bradford, who used to watch Sherlock for the stories, said: “Sherlock always right so me cultural Marxist now.”

Stephen Malley, who never used to understand things, added: “Capitalism bad. Me see that now. Scandinavia bad too. And spectacles.

“Me like it when BBC use baddies to explain world.”