TV adverts to be just picture of thing, name of thing

TELEVISION adverts will be limited to a still image of a product with its name underneath after becoming too infuriating.

The restrictions have been introduced after a Lloyds Bank advert about “small acts of kindness” provoked viewers to attack furniture, pets and family members.

Professor Henry Brubaker of the Institute for Studies said: “Advertising people really overstepped the mark by trying to engage everyone on an emotional level.

“For example with adverts for whiskey involving old men who drive around in rusty trucks living simple, uncomplicated lives.

“And fizzy drink adverts inviting us to ‘believe’. Believe in what? UFOs? Racism? Herpes?

“Don’t even get me started on that drivel where the troll goes on holiday, which would have been pitched to a roomful of people without souls as having a ‘Wes Anderson vibe.’

“Or anything where a community does a thing together because of chocolate bars.”

A spokesman said: “You’ll buy our product anyway. We only spend money on advertising because otherwise we would literally drown in cash.” 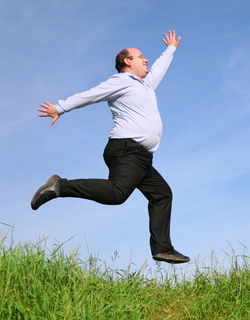 BRITAIN is on the brink of a golden age where the majority of the population is fat.

The country is expected to pass the magic number of 50 percent obesity sooner than believed, paving the way for a government of the fat.

Weight consultant, Julian Cook, said: The easiest way to prevent the imminent ban on sugar is a fat majority.

I’m looking forward to ‘no fruit Fridays’ and a multi-million pound NHS campaign called Cheese It!.

And, of course, a tax system which punishes cyclists without mercy.

He added: Were conditioned to believe that fat is bad because the thin control the agenda. The thin hate humanity and want there to be less of it by overall volume.

Martin Bishop, from Stevenage, said: I like to think Ill be magnanimous, but I wont be.

I cant wait to call someone a thin bastard. Ill be like have another tangerine, you big hatstand.

And then Ill hound them from mainstream society.