DAVID Moyes has been advised by his predecessor to boost Manchester United’s league position by getting more goals.

In a secret meeting between the two, former manager Sir Alex Ferguson also explained that keeping the opposing team from scoring goals at the other end could really make a difference.

Sir Alex said: “David complained that no matter how balanced his team is or how visionary his tactics, they seem to lose points because of some numbers up on a big illuminated board.

“I told him that, at the most basic level, winning a game means scoring more goals than the opposing team in 90 minutes.

“Although of course the refs always gave me 98.”

United’s 2-0 win against Swansea came after Moyes followed advice which he has privately disdained as being old-fashioned.

He said: “I suppose in the days of 4-4-2 and hoofing it up the pitch goals seemed like a big deal, and if you’re playing against a smaller club they’re effective.

“But for our game against Chelsea next week I hope we can return to what really counts: Prozone statistics, sponsorship revenue, and debt-profit ratio.

“However I shall be emulating Alex in buying a racehorse with the Glazer family and then taking them to court for a share of the stud fees.

Colleague still not back at work 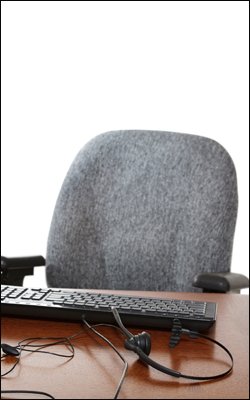 38-YEAR-OLD Tom Logan has still not returned to work after the Christmas break, sparking widespread speculation.

Sales administrator Logan was expected back at his desk last Monday like everybody else, but when he failed to appear it was rumoured he had taken an extra week’s holiday.

However his non-appearance this morning has sparked a renewed wave of concern, jealousy, bafflement and contempt.

Logan’s co-worker Susan Traherne said: “There is a very real possibility that Tom’s never coming back.

“Maybe he’s walking naked up a motorway as we speak, a muddy Christ-like figure with outstretched arms and an enigmatic smile.

“That would give us something interesting to talk about at lunch today, but it could also force me to re-evaluate my hum-drum existence which I don’t really want to do on a Monday.”

Stephen Malley, who sits opposite Logan said: “Either he’s on a beach somewhere, or he’s choked to death on a toffee.

“Probably he had last week off as legitimate holiday, then ate all his Christmas chocolates leaving only the toffees because they are the least desirable.

“Now he is lying on his kitchen floor at a funny angle.”

Accounts administrator Nikki Hollis said: “Whether he’s alive or dead, I’m pissed off he’s had pretty much a whole month off in one go.”

Rumours of Logan’s death remain unconfirmed as nobody has his land line number except the HR lady, who has not been seen since Christmas Eve.