After last night’s teaser scene where Lord Grantham coughed up his stomach, producers confirmed that it all ends in a grotesque nightmare of surreal psycho-sexual horror.

Executive producer Nathan Muir said: “We were short of ideas for a finale until someone said ‘let’s make it like that David Cronenberg film Scanners, where everyone’s head explodes’. It had been a long day so we all agreed.

“Cronenberg is on board and it’s going to be like The Fly meets Videodrome and Naked Lunch but with tweed and better grammar.

“The Crawleys get a new labrador which turns out to be infected by an alien parasite that mutates all the staff into tentacled maniacs.

“Mrs Patmore buys a wireless that tells her to kill everyone, and grows a vagina-like orifice on her forehead before serving up a broth made of human body parts.

“Meanwhile Lady Mary has so much sex that her hair bursts into flames, and Lord Grantham builds a home-made teleporter that goes horribly wrong and ends up with him becoming half-horse.

“Everything gets so intense that your television will shatter and ooze green gunk. That is unless you turn over to watch the news.” 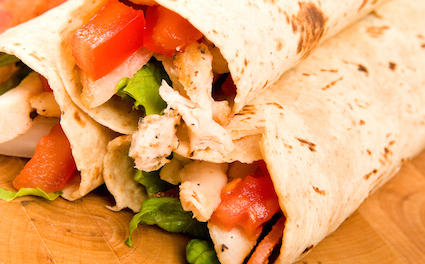 McDONALD’S  has unveiled its latest food item that will fail because it is not a burger.

The company is pushing ahead with its Spicy Chicken McTortilla despite knowing that any attempt to broaden its customers’ culinary horizons will prove futile.

A spokesman said: “The McTortilla brings a taste of Mexico to McDonald’s, where it will be completely ignored because it isn’t a beefburger in a doughy bun with fries and a pint of glutinous milkshake.

“It uses 100% chicken breast and fresh vegetables but if you wanted proper food you wouldn’t be eating here.”

He added: “We add new items to the menu to maintain customer interest, but after the salads debacle we’re thinking it might be easier to install a long trough of warm beef so you can just stick your face right in it.”

Burger fan Tom Logan said: “I don’t care for new things, so McDonald’s serving food that isn’t burgers is like the monkey brains banquet in Indiana Jones and the Temple of Doom.”