BRITAIN will become 68% more pleasant as the Edinburgh Fringe draws in the country’s pathologically self-absorbed bastards for the next three weeks.

As the rest of the country enjoys a well-earned break, the Scottish capital will once again be awash with sixth-form poetry, half-baked political idealism and post-modern reworkings of the A-Team as a feminist statement about pubes.

Sociologist Charlie Reeves said: “The Edinburgh Fringe has become a sort of ‘gobshite kettling’, a way of temporarily containing viciously self-confident Oxbridge graduates who are nowhere near as talented as they think they are but will still end up getting 500 grand a year from the BBC.”

He added: “If only the Metropolitan Police were there to batter them all with sticks.”

Stephen Malley, an accountant from Finsbury Park, said: “It’s already a lot more pleasant around here. I’ve been to the park, done a bit of shopping, stopped for a pint and not once have I been forced to listen to a bunch of tits talking shit.”

“At my local we’ve cleared a space in the cellar so if one of them wanders in accidentally we open the hatch, chuck them down the steps and leave them to the pit bulls.” 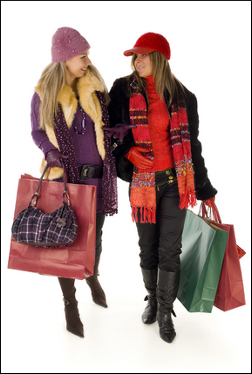 BRITAIN could soon return to borrowing money from institutional loan sharks so it can buy shiny things to distract it from its desolate, meaningless existence, economists said last night.

A range of statistics revealed the green shoots of a pointless recovery by the end of the year, which experts insisted was a virtual guarantee that no-one would learn anything at all.

The Royal Institution of Chartered Surveyors said house prices were on course to reach 'arbitrary' by December and could return to 'absurd' as early as next April.

Meanwhile the Chartered Institute of Purchasing and Supply said the country's vitally unimportant service sector was starting to pick up as more companies returned to bullshitting each other for £200 an hour.

Tom Logan, chief economist at Donnelly-McPartlin, said: "It's coming to an end just in the nick of time. The worst thing about a long, drawn-out recession is the danger that some people might actually start thinking about what it all means.

"If someone is unable to buy a shiny thing for more than, say, nine months, then you run the very real risk of them wondering if they even needed the shiny thing in the first place.

"At that point the house of cards collapses and people will be forced to grow their own vegetables, learn how to play a home-made musical instrument and have actual thoughts.

"And once a person starts having thoughts they are just one small step away from having a conversation that is not utterly fucking stupid.

"The only way we can put an end to the risk of thoughts is to make sure there are no more recessions. But of course we can't do that because we haven't had time to learn anything."

He added: "Have you seen G.I. Joe? Fantastic. I liked the bit where the thing explodes."