Ghost Rider fans warned not to set their heads on fire

FANS of the character Ghost Rider have been warned to stop emulating their hero by setting their heads alight.

The comic book character is also the subject of poor quality films starring Nicholas Cage, the latest of which Ghost Rider: Spirit of Vengeance has just been released in the UK.

A & E doctor Emma Bradford said: “Since the Ghost Rider sequel came out we’ve seen a huge increase in people who’ve deliberately set their own heads on fire.

“They failed to understand that, as well as being a fictional character, Ghost Rider’s Johnny Blaze is supernatural in origin.

“My advice to anyone considering setting their own head on fire is to ask themselves, are you an undead former stunt biker escaped from Hell in a desperate bid to win your soul back, or are you the actor Nicholas Cage, playing that character?

“If the answer to both those questions is ‘no’, do not strike that match.”

Ghost Rider fan Tom Logan, whose head was on fire, said: “It hurts, it hurts so very much.”

Fellow fan Nikki Hollis said: “Of course I wouldn’t set my head on fire. I’m a woman, the character is male, therefore it wouldn’t be logical.”

It is not the first time Nicholas Cage films have triggered self-harming acts among viewers.

In 2006 audience members of The Wicker Man put cages containing angry bees on their heads in a gesture that mimicked the film’s final scenes as well as being an emotional response to the experience. 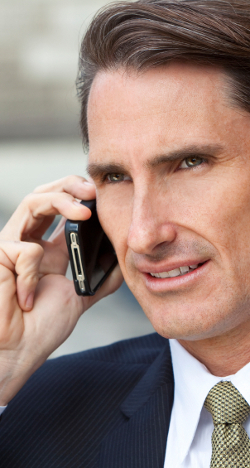 THE 50p income tax rate is raising less revenue than the old 40p one, claim wealthy people who should, if they’re telling the truth, be keeping quiet about it.

City dealers, bankers and CEOs say that they’re paying less income tax than ever as a result of the increase, proving themselves to be either secret socialists or lying bastards.

Commodities broker Norman Steele said: “It’s exactly as we predicted during more than two decades of ceaseless campaigning to keep income tax low. The raising of the top rate actually collects less tax, so you might as well drop it back down.

“Now. Now, before my bonus gets paid.”

Right-wing economists have rubbished claims that the City of London’s biggest earners oppose the 50p top rate because it means less money to spend on lobster-based meals.

Financial analyst Susan Traherne said: “The idea that raising tax on people with huge amounts of money will bring in more revenue is laughable. Those people will simply use tax dodges to avoid paying.

“Tax dodges these fanatical money-hoarders never bothered using before because they were happy to lose 40 per cent of their earnings. It’s just that extra 10 per cent that’s pushed them over the edge.”

Futures trader Tom Booker said: “If taxes continue at this ridiculous rate, which is frankly just class warfare, I and my wealth-creating friends will simply move abroad. Somewhere ghastly like Switzerland or the Isle of Man where there’s nothing except goats and boulders.”

Business leader Julian Cook said: “Honestly, you’re hurting nobody but yourselves by doing this. Raise it even higher if you want.