Local TV to be like looking out of window

ULTRA-LOCAL television services will give you up-to-the-minute coverage on things like what’s happening in next door’s garden, it has emerged.

Culture secretary Jeremy Hunt wants to give every 100 square meters of country its own television channel that will be a lot like the view from your front window but with colour and contrast options.

“Instead they want detailed reportage on what the squirrels along their road have been doing, punctuated by news reports about how the woman at number 11 who walks with a stick won £10 on the scratchies and the hunt to catch that bus driver who pisses in bottles then flings them in the hedge on the corner.

“Possibly there will be a local equivalent of Mad Men called Road Men, about the two blokes doing some tarmacking down the road and including some painstakingly accurate shovels.

“To anyone thinking that perhaps they don’t want this I’d like to say, you want this.”

Meanwhile it has emerged that the seemingly inexplicable drive for ultra-local television may be the result of a sustained letter-writing campaign by a single mental person.

Tom Logan, from Stevenage, said: “I have written 10,073 letters to the government asking for pictures of my house to be on the telly, each written in block capitals with a marker pen but signed with different clever aliases like ‘Ray Turbot’ and ‘Anna Finkie’.

“I did this while you were busy. And now I have won.”

He added: “My next project  is to initiate a prime-time BBC1 series called Prawns Versus Embryos.” 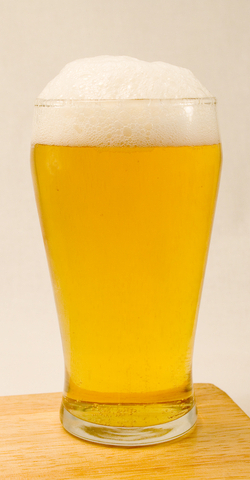 SATURDAY’S football fixtures will go ahead after police agreed to issue every spectator with a riot shield and a stick.

Britain is set to have the largest standing militia in the world as football fans are given temporary powers to detain, question and perhaps give a bit of shoe behind a big wheelie bin.

Meanwhile pubs in suspected trouble spots will be given late licences to ensure a steady supply of thirst quenching cold dinks and keep the new ‘special constables’ in the right frame of mind.

Chief Inspector Roy Hobbs said: “We have millions of able-bodied men deploying themselves to major towns and cities of their own free will, so it makes sense to exploit their natural instincts and call it riot control.

“We’ll just tell them the rioters have said something rude about their goalkeeper, or whatever it is that normally gets them all worked up. And we’ll also tell them that they’re all Man United fans to give their baton swing that extra dash of brio.”

After the riots have been surpressed the police will ‘de-activate’ the football fans using mobile cafes selling valium-laced meat pies.

Carlisle United fan Wayne Hayes said: “We’re off down to Bury on Saturday and I can’t wait to have a few drinks, watch my beloved team face a tricky away game against the newly-promoted side, strap on my helmet and my shield and go absolutely fucking crackers in the town centre until three in the morning.

“It makes me proud to think I’ll be doing my bit to make Britain’s streets safe until the following Saturday when the police will be needed to protect everyone else from me again.