TEENAGERS will always be in bands, no matter how overwhelming the evidence that they are extremely sh*t. Here’s how to navigate the worst problems of musical youth.

They are unbearably bad

Teenagers’ brains are not fully developed and so cannot comprehend the idea that they are not Led Zeppelin. Buy industrial ear mufflers and just enjoy the fact that they’re p*ssing off your neighbours who you had a row about a fence with.

They have entered a delusional fantasy world

Most teenage bands – especially male, which most of them are – firmly believe they will soon be living the lifestyle of Guns N’Roses. Nothing will shake this belief, but you can get them to be quiet for several hours by encouraging them to design their first five album covers.

You suspect they are taking drugs

Don’t worry, because considering you still have to buy their clothes for them it’s unlikely to be more than a tiny bit of cheap weed. However if they are hiring dwarves to serve cocaine on silver platters a la Freddie Mercury, it may be time to reduce their allowance.

You fancy the singer

In rare instances a teenage band will have a charismatic lead singer who resembles an 18-year-old Jim Morrison. DO NOT be friendly towards them, for many good reasons, not least that they will keep coming round to your house to practise.

Unbelievably, they turn out to be good

This changes everything. Become their manager and get them signed up to exploitative contracts. Ruthlessly sack less-talented band members, including your own kids. They won’t be happy at missing out on immense wealth and fame, but at least they’ll do better in their A-levels. 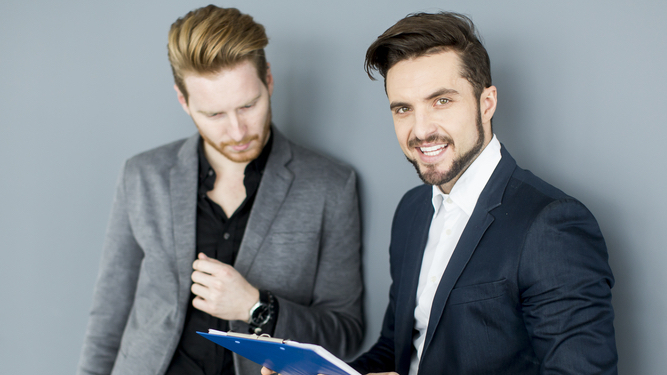 A SOUTHERNER actually thinks his attempt at a Northern accent in some way resembles what a Northerner talks like.

Bishop, who perfected the accent by watching Last of the Summer Wine, said: “Tom does talk like he’s got a lump of coal in his mouth. They all do. It’s probably coming from a family of miners that does it.

“It’d be weird of me not to start singing On Ilkley Moor Baht ‘At every time he comes into the office. He’s Northern, you see. It needs constantly pointing out.

“I’m surprised he doesn’t laugh a lot more when I say things like ‘Eh oop, there’s many a mickle as makes a muckle’ and ‘There’s nowt like t’brass band music’.

“Instead, he just stares at me. I think when he hears my uncannily accurate Northern accent it takes him back to his Yorkshire childhood, doing the bread rounds in the cobbled streets with his whippet.”

Booker, who has a degree from Cambridge and no connection to the mining industry, said: “Actually I’m thinking of buying a loaf of Hovis and ramming it up his arse.”