BORIS Johnson’s incessant flow of bullsh*t is perfect for Brexit negotiations, it has been claimed.

Tory MPs are sure Johnson will not only entertain everyone during long meetings, but also help secure a good deal by reminding foreigners the British are superior.

“Cowardly Italians, sexy Scandinavians, oversexed Frenchmen – the zingers just keep coming. Also he really knows his history so he can effortlessly throw in a joke about Agincourt or Waterloo.

“Once he ran around for 12 minutes pretending to be a Lancaster bomber attacking Dresden.

“The war jokes will remind them Britain always wins so they may as well give in. There’s no way they’ll just get pissed off and stick massive tariffs on everything.”

Johnson said: “I’m looking forward to hammering out a deal with the EU with lots of jibes about ‘collaborating’ and ‘blitzing it’, plus some other remarks about things like ‘soggy biscuit’ that only make sense if you attended a British public school.

“It definitely doesn’t make me look like some insufferable sixth-form tw*t who thinks he’s being desperately edgy.”

Man who's agreed to 'massive night' hoping something disastrous will happen 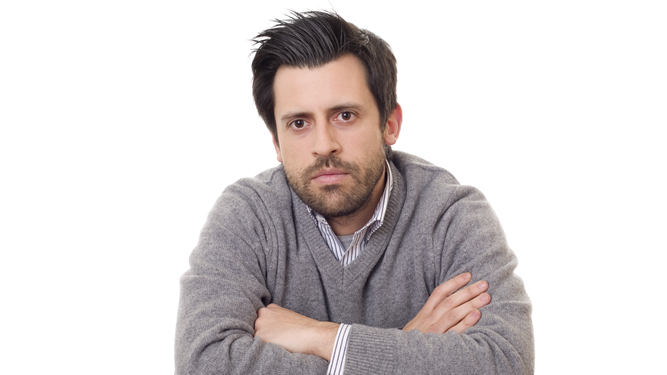 A MAN who has agreed to a big night out with mates is praying there will be some sort of disaster so he can be in bed by 10pm.

Tom Logan really does not fancy it and is fantasising that personal injury or events beyond his control will mean he can cancel or just have two pints.

Logan, 42, said: “I’m a bit tired and would really prefer to stay in with the TV, so a flash flood causing panic and mayhem would be ideal. Or riots. Please let there be riots.

“I’m not holding out too much hope for that, so I’m hoping I’ll sprain an ankle. I’m not sure how that will happen but I’m planning to walk around really clumsily while I get ready.

“Sadly I’ll probably end up meeting the lads for a great night, but there’s always the chance of a city-wide electricity outage. People would probably die, but we’d definitely have to go home after that.”

Friend Wayne Hayes said: “Tom’s always like this until his fifth pint and then he ends up dragging us round a load of shit late-night bars and we wish he’d stayed in.”