RBS collapse 'not caused by the ghost of a dog'

THE failure of the Royal Bank of Scotland was caused by bad decisions rather than the ghost of a Border collie, it has emerged.

A long awaited report has concluded that the biggest banking collapse in British history was the direct result of things that were done by people.

Nathan Muir, banking analyst at Donnelly-McPartlin, said: “This is suprising. We always thought it was caused by Dash, a six year-old Border collie who was hit by a tractor in 1954.

“Former RBS staff members would tell tales of how the ghost of Dash would limp around the corridors of the bank’s Edinburgh headquarters, howling and staring at people with his luminescent, pale blue eyes.

“Possessed by his netherwordly sprit they would then buy a great big Dutch bank that they obviously couldn’t afford.”

Since the start of the financial crisis the banking industry has insisted that most of the big City institutions were haunted by the ghost of either an animal or an old blacksmith who would distract executives just when they were about to make important decisions.

The British Bankers Association also stressed that bonuses had to be kept incredibly high so that City workers could retain the round-the-clock services of a paranormal investigator and his armoury of hi-tech ghost-hunting equipment.

Muir added: “If you ever see footage of Fred Goodwin at a press conference look how his eyes are desperately scouring the room in case Dash is there, sitting quietly in the corner, staring at him and trying to drive him insane.”

Cloning a mammoth is a shit idea, say experts 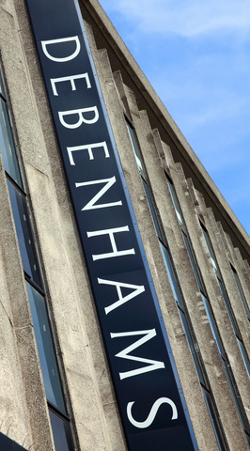 PLANS to clone a woolly mammoth have been dismissed as incredibly stupid and shit.

Reactions to the research project included ‘not this crap,again?’, ‘you interrupted me for that?’ and ‘look, just fuck off’.

Zoologist Dr Bill McKay said: “What our overcrowded, resource-stretched planet needs right now is loads of massive, genetically engineered hairy elephants, charging all over the place and wrecking shit up. For Christ’s sake.

“Maybe we can give them some PCP too, and let them run wild through Debenhams, if we’re going balls-out for the stupidest fucking idea ever.

“And where are they going to live? In an icy wasteland? I’m sure they’ll thrive in a secure, non-threatened habitat like that, you fucking morons.”

Gene researcher Dr Emma Bradford, added: “Mankind’s proved itself absolutely tip-fucking-top at looking after the wildlife we already have, hasn’t it?

“Why should we resurrect this poor bastard, when he’s just going to end up in a circus wearing a fez, or in a Cornish Pastie?

“Just because you can do something doesn’t mean you should. Or at least have the decency to try and do some dinosaurs first, you fucking arseholes.”