Talk Of Camper Vans At Highest Since 1991

TALK of buying camper vans rose sharply last month and is now at its highest since 1991, the Nationwide building society said last night.

Nearly 24 million people told a work colleague that next week they would march in there, tell them to stuff it, buy a second-hand Volkswagen and head off to Spain for a year and just hang out, they really would.

But five million said they would wait for redundancy so they could spend their lump sum on a Mazda Bongo and drive it overland to Goa, where they would smoke as many drugs as they could and never come back.

Nikki Hollis, an unemployed estate agent from Richmond said: "I want one of the cute ones with the lovely faces. I’ll give it a name, put up gingham curtains and make a matching bandana for my dog.

"We’ll visit all the little villages the tourists never see, the lovely peasants will all come out to greet us with their donkeys, I’ll tell them we’re from where the Queen lives, and that it’s a type of car you can sleep in."

Julian Cook, an insecure accountant from Clapham, said: "I'm going to paint mine psychedelic, fill it with joss sticks and beautiful Indian ladies skilled in the arts of tantric humping.

"They can do the most amazing things with their ying-yangs you know. And cook curries."

"But while the VW is cute, and would be a magnet for the honeys, you still have to ask yourself if it has the staying power of the Mazda, or the same availability of spares." 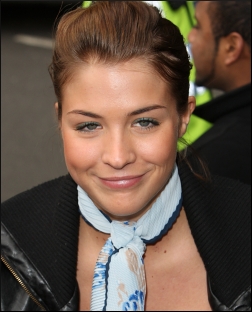 HOLLYOAKS star Gemma Atkinson is to pit her new chimpanzee against Madonna's Malawian baby in the latest round of Celebrity Toddler Fight Club: Adopted!

The two year-old chimpanzee is the early favourite despite rumours the Queen of Pop has trained her child in the ways of Kabaddi, the much-feared Jewish martial art.

Atkinson said: "I'm not really supposed to talk about Celebrity Toddler Fight Club, but I will tell you this – my chimpanzee is red-hot.

"I've trained a lot of fighting monkeys over the years, but I've never seen one this hungry for it. It's going to take more than some fancy Jewish karate to stop this boy."

If successful the chimpanzee will face a child from the respected Mia Farrow stable, with the stage then set for a pulsating climax against one of Angelina Jolie's Vietnamese babies.

The hit BBC Four show has brought the visceral thrill of celebrity toddler fighting to millions and spawned a new generation of would-be champions.

BBC Four controller Melissa Hayes added: "All the toddlers on Celebrity Toddler Fight Club: Adopted! are trained professionals, but please don't let that stop you from adopting a baby and trying this at home."