UNATTRACTIVE estate agents are to blame for the fragility on the UK property market.

According to new research, estate agents’ physical appearances have fallen to their lowest level since the 90s, with prospective buyers reporting acne, lifeless hair and visible back fat overspill.

“The property trade has lost its glamour, we’ve got huge parking lots full of branded Mini Coopers that are rusting and covered in vines because we can’t give them away.”

Engineer Norman Steele said What’s happened to the sexy estate agents of the housing boom? The last guy to show us a bungalow had a false tooth made of wood.

“Another agent had clumps of hair missing and big boil on his chin that leaked when he smiled. My wife took a look at him standing on the doorstep and burst into tears.”

“With my strange-looking face, ten years ago I’d had been limited to a job on Bidup TV but now I’m smashing it in the property trade.

“You should see our lettings department though, one of them’s actually a cyclops.” 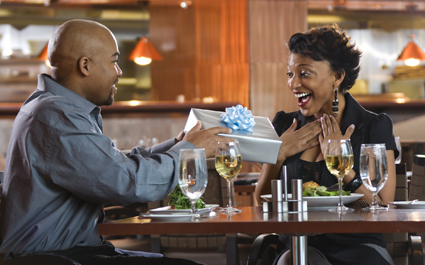 POUNDWORLD’S new £1 bra is not an acceptable romantic gift, according to women.

Men had been hoping the budget breast management device would be deemed ‘sexy, stylish underwear’ and thus suitable as a present.

37-year-old Tom Booker said: “‘Women’s shops’ are intimidating but I feel quite at ease in Poundworld so this cheap bra has the makings of a perfect gift for my lady.

“Apparently it’s not fancy enough though. Jesus, does she want jam on it or something?”