BRITAIN’S economy is almost entirely based on paintball, according to new figures.

The UK economy grew 0.4% in the last quarter, mainly due to the hard work of people who hang around outside supermarkets with trestle tables promoting the paint-based shooting game.

Paintball company boss Wayne Hayes said: “We are proud to be the backbone of British industry. Now that there are no factories and nobody in an office does any actual work, we’re basically keeping things going.

“If you’re organising a stag or hen do or simply want a great day out, give me a shout, I’m usually in your local market town wearing camouflage trousers while handing out leaflets.

“We can tweak the guns if you like so that it hurts more when you shoot someone in the nuts. It’s illegal though so don’t tell anyone.” 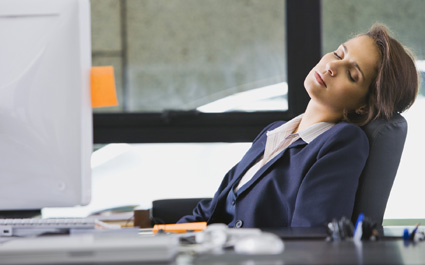 ANYONE who claims they only need four hours sleep a night is a lying tired bastard, it has been confirmed.

Researchers at the Institute for Studies found that people who claim they can maximise life and become leaders of industry on half a night’s sleep were actually just knackered.

Professor Henry Brubaker said: “Anyone who goes to bed at 4am and gets up at 8am is going to feel like someone has poured cement into their head and started DJing their thoughts.

“I spoke to one ‘short sleeper’ who very convincingly said he survived on four hours. Then I noticed he was stirring his tea with his phone.

“It’s the general consensus that, sex and drug-taking aside, sleep is the only respite from life’s unrelenting grind. Why would you miss out on four hours of that a day?”

He added: “Putin, Trump, Berlusconi, all claim they only need four hours sleep a night. I can’t help thinking the world would be a better place if they all had a bit of a lie-in.”