Duchess of Sussex orders it moved to California

MEGHAN Windsor, the Duchess of Sussex, has outlined plans to move the county to just off the coast of California.

The former Suits actress has told friends that while she likes Sussex the weather is rather changeable and it is too close to her in-laws for her to properly relax.

A palace insider said: “The plan is to saw along the county boundary, attach it to a few of the Navy’s stronger battleships and simply tow it across the Atlantic.

“Harry’s all for it – he went to Afghanistan just to get away from his family, let’s not forget – because he understands marriage is about compromise.

“England won’t miss it, it’s only a little sideways scoop from the bottom, and it’ll hugely boost house prices in newly-coastal Surrey so the government can’t oppose it without alienating their core voters.

“And finally Brighton will be just across the water from its big brother San Francisco like it always wanted. It’s a visionary move.”

Bognor Regis resident Mary Fisher said: “Well, I suppose it’ll make a nice change from staring out to sea and hating the French.” 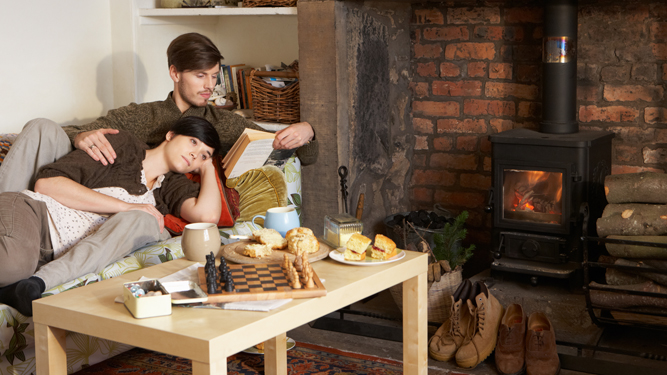 A MIDDLE CLASS couple are making an agonising decision about whether to continue poisoning the air with their stove or their massive vehicle.

Concerned about a new report on air pollution, ‘eco-conscious’ Nikki Hollis and Martin Bishop have been forced into choosing between their wood burner and their Range Rover, which are also their two favourite boasting topics.

Bishop said: “The SUV makes me feel more virile than my friends who drive small, sensible hatchbacks, whilst the wood burning stove is just the ultimate for showing off that we’ve got more money and taste than them.”

Hollis said: “I’d hate to see the Range go so maybe we could reduce our household carbon footprint but putting one of the kids up for adoption.

“We have three kids by the way. We pretended the third one was an accident but he’s actually just a status symbol to illustrate how fruitful we are.”