A NEW 24-hour telephone helpline has been launched to fill the gaps in
Britain’s rolling Christine Bleakley requirements.

Bleakley24 is designed to help those temporarily separated from a computer or newsagent maintain their steady stream of speculation about the slightly less Northern version of Melanie Sykes.

A spokesman said: “Even in 2010, there are pockets of civilisation that do not have instant access to Christine Bleakley updates. This means that isolated people – particularly those in hostage situations – can find their thoughts turning to their own pointless lives.”

He added: “We risk creating a two-tier society, where an elite enjoys up-to-the-minute bulletins on Bleakley’s employment prospects and love life, while others  go slowly insane with worry and jealousy before degenerating to tunnel-dwelling albinos who communicate by flatulating at each other.”

The helplines will be manned by fully trained celebrity journalists updating on a range of factors including the exact time she left Frank Lampard’s flat and any changes to her top five citrus fruits.

Teacher Roy Hobbs, who recently found himself cut off from Christine Bleakley news after being locked in a stationary cupboard by the children of scum, said: “Bleakley24 is like a big, fat teat.

“Without it I wouldn’t know that today she is still torn between the BBC and ITV, and is wearing tight grey denim jeans that show a sliver of arse crack when she bends to get in a taxi.”

Experts said that Bleakley24 and Adrian Chiles’ 12-figure salary
confirms the One Show as the most important television programme
since Roots, even though no-one has ever met anyone who has
actually seen it.

Nikki Hollis, from Stevenage, added: “There are still far too many unanswered questions about her relationship with Chiles, but Bleakley24 explained that he is actually more handsome in the flesh and has an intoxicating natural musk.

“I’m going back to sleep now.” 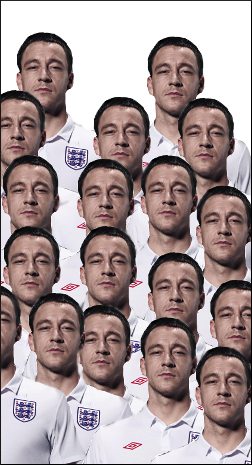 MANUFACTURERS of shoddy effigies that are hung outside scary pubs last night said they were desperate for John Terry to make England’s next catastrophic error.

The industry was caught off guard after goalkeeper Robert Green’s sex crime on Saturday night, with some companies forced to plaster makeshift stubble onto their leftover Jade Goodys before shipping them to some of the most ghastly parts of the country.

Angry mob outfitter Bill McKay said: “I did ask a mate in Scotland if he had any spare goalkeepers, but they’re like hens’ teeth up there.

“We don’t need Terry to do anything particularly spectacular – maybe call the referee a ‘cock-faced wankpot’ or wander off to chat up some big-titted bird in the front row.

“It’s a top quality, British-designed, Chinese-built effigy that’ll blaze up quickly and then settle down for a nice, long burn. And the robust, polyurethane core means you can stick it with a pitchfork without it bursting and ruining everyone’s fun.

“Throw in a litre of petrol, a shit-load of Strongbow and some poorly applied face paint and you have everything you need for a perfect summer’s evening.”

He added: “We also do a full-size, cardboard team coach that’s nice and easy for drunk people to tip over and a small paper machÃ© model of Aaron Lennon that you can crush in the palm of your hand.”

Meanwhile, starved of decent effigies, angry mobs across Britain were forced to set fire to Robert Green’s childhood home, what was almost certainly his primary school and any hotels he may possibly have stayed in during his professional career.

Martin Bishop, assistant manager of the Watford North Holiday Inn, said: “I don’t think Mr Green did ever stay here, but surely that’s beside the point.

“We welcome angry mobs of all sizes and do our best to make their setting fire to the building as relaxed and enjoyable as possible.”

He added: “I wonder if we managed to get everyone out of conference room ‘C’?”