God sues Jordan for playing him

LORD God Almighty has filed a £6m lawsuit against inflatable glamour model Jordan for bringing his name into disrepute.

The omniscient being is said to be furious that many are crediting the eerily-joyless set of disparate spheres as His handiwork.

He has also asked the court for an immediate injunction forcing Jordan to wear a t shirt stating ‘I did this’ with at least eight large arrows pointing at her chest.

Jahweh’s lawyer, Stephen Malley, said: “We thought we’d got over this kind of thing with the whole Lembit Opik unpleasantness, evidently people still think the one true Lord is some kind of all-knowing, cackhanded buffoon that can’t do mouths properly.

“He’s the first to admit that, while divine, he’s not perfect – it took him four goes at doing a Baldwin brother that could act and he eventually gave up on making Osmonds because he could never quite get the hang of it.

“But he can’t maintain his position as the all-powerful infinite spirit if people are going around thinking his idea of sexiness is a woman that’s 65% boob and with the charisma of a bailiff’s warrant.”

Jordan has responded to the Almighty’s legal suit in a three-page spread in OK! magazine in which she uses the phrase ‘my struggle’ a lot and claims she does not care what anyone, including God, thinks about her because at the end of the day, right, it is all about respect, yes?

God added: “While everybody has been high-fiving me over Pippa Middleton’s badonkadonk recently, my proudest moment is actually Penelope Keith.” 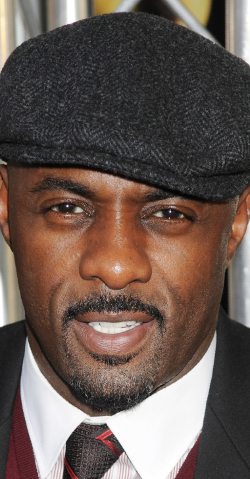 Screenwriter, Julian Cook, said: “Gloucester is a bit like Baltimore but with more badgers and strong cheese. Similarly, it has its own unique street patois.

“To capture the language, I spent six months undercover as an out-of-work plasterer, hanging out in Forest of Dean pubs with ruddy borderline alcoholics whose thick necks and domed heads make them look like angry, sun-burnt bottoms.

“I discovered that, also like Baltimore, Gloucestershire has a gang culture, although its criminal activity is more concerned with horse trailers full of stolen Flymos and dropping brieze blocks off of motorway bridges than high grade crack cocaine.”

He Was a Bloody Good Builder, Mind includes scenes where a cop describes a corpse as ‘kippin the gert kip’, before announcing ‘I’m gwain ter av me a lie-down’.

Guardian enthusiast, Emma Bradford, said: “I find the evolution of language fascinating. My friends and I have been arguing about this for months but perhaps now really is the time to re-contextualise Eddie Grundy from The Archers.

“Beneath the stereotype yokel burr and scams involving out-of-date parsnips there’s probably a lot of interesting pain and dry gallows-humour quotes about the futility of attempting a moral existence in an amoral world.

“As Eddie himself might have said, ‘gwain bint ker kippin gert’.”