THE House of Commons has staged a landmark debate on whether that Imogen Thomas knew what she was doing all along, so she did.

Moving an early day motion, senior Conservative backbencher and leading Eurosceptic, Bill Cash, said that she was probably in it just to get money from one of them papers.

He said: “It is vital that this House recognises that Imogen Thomas is motivated by financial considerations and, by the way, is a right bowser without all that slap on.

“I seen a picture of her in the Mail coming out of a gym in Kensington and I was like ‘ha ha, she’s a total minger’.”

“Apparently, right, apparently, she was totally in love with him and wanted to get married and stuff and become like the Queen of Wales or something.

“But he was like, ‘oh no, I made a mistake, I’ve got a family and stuff’ but then they kept doing it for like another five months or something. I think he’s really, really horrible. Anyway, it’s a shame though, isn’t it?”

Labour leader Ed Miliband said: “Imogen Thomas should not have gone after a married man like that, but I still think she’s a really nice girl deep down.

“And that Ryan Giggs is a really good footballer. Remember that goal he scored once where he ran with the ball for ages and then took his top off? I was like ‘wow’. And I’ve also heard that he’s got a really big willy.

“Anyway, what I’m saying is that what he did was horrible, but I still think he seems like a really nice person.”

The House eventually passed an amended motion by 391 votes to 260 that ‘Imogen Thomas probably did not plan to make money out of all this at the start but is not about to pass up the opportunity now, is she, the gold digging little bitch’. 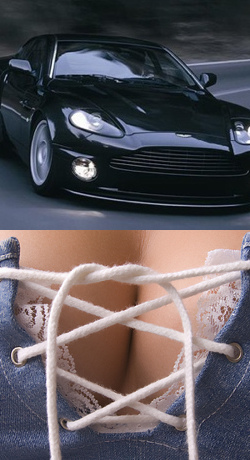 A PROFESSIONAL footballer did it with some dolly bird, it has been confirmed.

The married footballer and the dolly bird had sex a few times, probably in a hotel you would regard as ‘quite nice’, and then they stopped.

It is reckoned they both thought the sex was ‘amazing’ though some people said they would both have had fairly low expectations, what with him being a footballer and her being a dolly bird.

It is also reckoned that on a few occasions they did it ‘all night’ but people said that is because he is a professional athlete and so is less likely to fall asleep half way through, like you do.

He plays for one of the really big teams that wins things and he gets paid a very large amount of money.

She is regarded as quite attractive and was on one of those reality television shows.

Not the one where you make everyone’s dinner. The other one, where you go into a large, open plan house with some other people who are as famous as you are. You know the one.

After the sex had stopped she then talked about the footballer and the sex and the nice hotel to one of those newspapers you would never, ever buy from a shop but read online as if it held the secrets of the fucking universe.

And that is basically it.

Tom Logan, a man who has been paying attention, but only vaguely, said: “Don’t bother telling me their names.

“I’ll have forgotten all about it by tomorrow.”