SUPERMODEL Kate Moss has collaborated with scientists on a range of nuclear missiles for style-conscious governments.

Moss commented “It doesn’t matter who you are or where you’re from – I believe we all have a right to destroy and to be destroyed stylishly.

“This project has really allowed me to develop my understanding of neutron radiation, a field which has traditionally been dominated by old foreign men with high foreheads and shit hair.

“As a woman that makes me very proud.”

A spokesperson for BAE Systems said: “Kate is a natural nuclear talent, and has given the project real ethical credentials by insisting none of the bombs are tested on animals.

“This is not just an endorsement thing. She has shown a personal connection to missiles by developing a targeted warhead that will eradicate all evidence of her relationship with Pete Doherty.”

Everyone thinking about trying khat 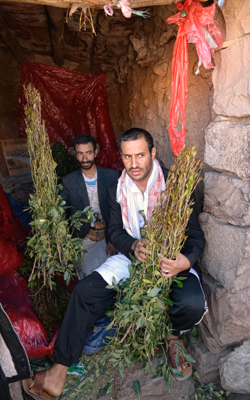 MILLIONS of Britons are considering giving khat a go after hearing about it for the first time this week.

The newly-illegal plant that can be chewed to produce a stimulant effect, was discovered after Theresa May told them all about it.

Office worker Tom Logan said: “I don’t really like coffee so this sounds like the ideal thing for getting through those dull morning meetings.

“Presumably I will have to spit the masticated khat into a bin, but I guess it’s no worse than chewing gum. Probably it will make me look a bit like a cowboy.”

Team leader Nikki Hollis said: “As a busy career woman, I only get to hear about interesting new drugs when they are banned, or sometimes unbanned.

“I thought, why should Somali cab drivers have all the khat fun?

“So I just bought some and my first complaint is that it’s fucking massive, basically it’s a hedge.