James May To Be Demolished 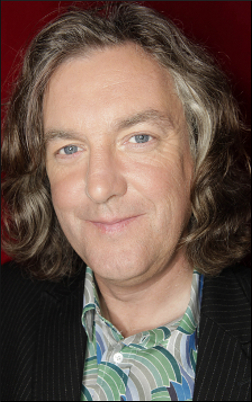 TOP Gear presenter James May is facing demolition after it emerged his parents did not apply for permission to build a twat.

Strict planning regulations govern the erection of public twats and investigators claim Mr and Mrs May neglected to complete form 233a: Application For A New Twat Or Extension of an Existing Twat, before combining the genetic building blocks which would become the gangly boy-man.

Planning officer, Stephen Malley, said: "Unless Legoland are willing to place him on permanent display we will have to start dismantling Mr May with a chainsaw."

He added: "We've recently inspected all of the Top Gear team under our remit to ensure that each of Britain's high-profile public twats have the corresponding paperwork.

"Jeremy Clarkson is a Grade II listed fucknugget, which is why his hair looks the way it does, while Richard Hammond is exempt from planning regulations because he is less than three feet high and will not overlook neighbouring gardens."

A BBC spokesman said the corporation regretted May's demolition but stressed it would make a fantastic segment for the next series of the popular children's car programme.

He added: "We could fire some caravans at him, or maybe just dress him up as a gay prostitute and leave him out for some rednecks."

May's neighbour, Roy Hobbs, said: "It's sad in a way, because he was a nice enough bloke. But building a scale model of Trowbridge out of fruit pastilles doesn't make you look cool. It makes you look like a kiddie fiddler who's trying too hard."